For the answer to this question, I asked Chris Busch, Founder of LightQuest Media in Tulsa, about the right place for the media buy for your religious TV program. His response? Placement of programming (media strategy) is driven by the objectives of the client. If you don’t know where you’re going, then any strategy will get you there.

There are more eyeballs on major secular TV, but generally the response rate per dollar spent is lower. If outreach and evangelism is the objective, then secular TV provides the most reach and the larger percentage of “unchurched” audience. If the objective is to maximize response, then this is usually best achieved on Christian media. While you may be “preaching to the choir,” the choir is trained to respond and to support multiple ministries and is more inclined to have charitable intent toward your ministry. If audience support of the program and the ministry is critical, then the building of a base of support is best started on Christian channels.

Media ministry usually gets funded through two channels – viewers who become donors and/or through a church’s outreach budget. Media ministries without an underlying church base must look to viewers/donors for the support necessary to operate the ministry. For those para-church media ministries, response to the broadcast (name acquisition) and conversion of those contacts into consistent donors is a critical element to the economic viability of the broadcast. Christian broadcasting outlets are very important to this type of ministry. If the para-church ministry grows to a significant size they may generate enough funds to underwrite more evangelistic/outreach placements of their programming which are not dependent on the financial response of that audience to continue.

If a church chooses to underwrite the media outreach from its budget, then response to the program becomes less critical and placement of the programming on secular platforms can make sense because it’s not critical to the objectives of the ministry that the program be funded by viewer donations. And, there can be the hybrid which is partially supported by the church budget and partially by viewer response.

Higher ratings do not always translate into higher responses. Usually the best response is found on Christian media, after that in “religious blocks” on secular media (such as BET early AM, or Sunday AM on certain local network affiliates), and lastly in non-block time on secular networks or local affiliates. There are a lot of other factors that affect the response to a program, media placement being just one. A lousy program with poor production, content, or marketing values can perform poorly in the best of media slots.

Then there’s the branding factor – Would your rather say your show airs on A Christian Network, or on Discovery? Different ministry leaders will answer that question differently. It’s important to understand who you are and how that fits into a strategy for broadcast media.

Some people want Christian network response rates on a secular channel. It’s just not going to happen. A good program in a good time slot will pay out eventually on secular, but it takes longer than a comparable placement on a religious platform.

There are many other factors, but that’s a summary. To me the critical elements in crafting a media strategy are knowing who you are (identity/brand) and what you are trying to accomplish (calling). 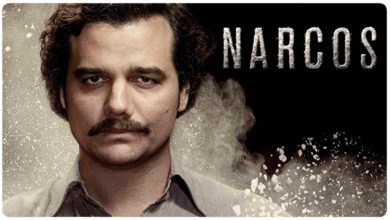 A New Perspective on Pitching Your Media Project

Should a Church Divide Up the Video and TV Departments?