I don’t normally push books on this site, but a couple of things happened recently that force me to mention a wonderful book out there. First – in our most recent poll, the #1 complaint about Christian television was its lack of creativity and innovation. Second, the excellent reception of the new book “Mavericks at Work: Why the Most Original Minds in Business Win.”


Here’s the review from the LA Times by Stefan Stern. I particular like the sections I’ve highlighted in Bold:

That office ‘weirdo’ might be a maverick
Unconventional employees may provide fresh thinking and help their companies stand out, authors say.
By Stefan Stern – Financial Times – http://www.latimes.com/business/la-fi-books29oct29,1,5968319.story?coll=la-headlines-business
BUSINESS BOOKSHELF – October 29, 2006

George Bernard Shaw suggested mischievously that “England and America are two countries divided by a common language.” Here is a book title — if not a book — that proves it: “Mavericks at Work: Why the Most Original Minds in Business Win.” To Americans, imbued with the frontier spirit, a maverick is an admirable person, independent in thought and action. But the Shorter Oxford English Dictionary offers this definition: “a masterless person; one who is roving and casual.” A former British Cabinet minister recently was described as a “maverick voice.” This was not meant as a compliment.

The mavericks described in “Mavericks at Work” are to be emulated, not disparaged. Unconventional, off-the-wall colleagues are more likely to be a source of fresh thinking and innovation, the authors argue, than those more orderly and respectable types who reinforce the status quo. We need to take a Yank and not a Brit view of our in-house individualists.

Authors William C. Taylor and Polly LaBarre are both former writers for Fast Company magazine (Taylor was the founding editor). Their book in some ways reads like an extended issue of the magazine — and that is meant as a compliment. Example after example tumbles out of these pages. The energy of the narrative never slackens. This is business journalism animated by the spirit of the Energizer bunny. In a sense, the book is also a defiant act, a bold, idealistic declaration of faith in the principles of the so-called new economy, more than five years on.

But this time, with broadband Internet connections speeding up the flow of ideas and information, and with the lessons of “open-source” creativity more widely appreciated, the world may be ready for this kind of approach: not so much Web 2.0 as new new economy. To cut through the noise of a market defined by “overcapacity, oversupply and utter sensory overload,” the authors say, businesses must stand out and be truly distinctive. Judicious incrementalism will not do. “You can’t do big things as a competitor if you are content with doing things only a little better than the competition.”

Tapping into new, affluent consumers — people who “want to do business with companies they believe in … who believe that what they buy should reflect who they are” — requires imagination and flair.

Cranium Inc., the thriving U.S. toy and board-game maker, applies the “Chiff” test to every product it launches. Chiff stands for “clever, high-quality, innovative, friendly and fun.” That is a maverick mission statement, “a distinctive and disruptive sense of purpose that sets you apart from your rivals.” If Cranium closed its doors tomorrow, it would be greatly missed by its committed customers. Can you say the same thing for your business?

Encouraging the spirit of maverick innovation demands an unusual kind of leadership, the authors say, combining personal confidence with intellectual humility. It means “imposing limits on your ego — overcoming the know-it-all style of leadership that seems to be the default mode in most companies.” It also means embracing diversity. “The most effective leaders are the ones who are the most insatiable learners, and experienced leaders learn the most by interacting with people whose interests, backgrounds and experience are the least like theirs.”

As John Sullivan, a human resources expert at San Francisco State University, says, “Stars don’t work for idiots.” Your organization must be maverick-friendly if you want them to stay and perform to their potential. Although the book does betray its new-economy origins, its analysis and prescriptions are not reserved for edgy new-media companies and quirky start-ups.

IBM and Procter & Gamble are cited for exploring ways of capturing maverick innovation and channeling it into the mainstream of the business. “Google is not a conventional company,” Larry Page and Sergey Brin wrote in their Letter From the Founders in Google’s prospectus before the company’s initial public stock offering two years ago. “We do not intend to become one.” The maverick approach seems to have worked pretty well for them.

It would be easy to reject this book’s boundless enthusiasm, just as you might shut out inconvenient maverick voices from your boardroom discussions.

Easy, but a mistake. That flaky weirdo who just left the company might be about to make somebody else a lot of money. 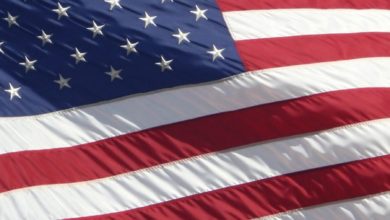 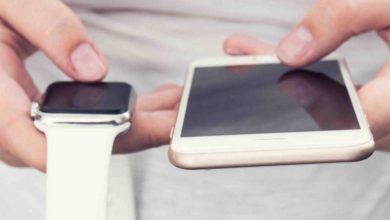 How Much Time A Day Do You Spend With Technology? 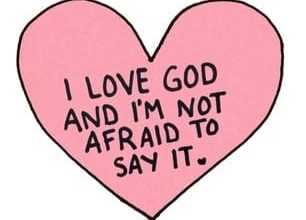