Kevin Clark, writing in the Wall Street Journal pointed out recently just how much change and adaptation Tom Brady and Payton Manning have done to maintain their long careers. The game has dramatically changed over the years, and yet while other quarterbacks have fallen by the wayside, Brady and Manning have excelled. Some of their adaptations made me realize how much of their thinking applies to anyone in a career or calling. Here’s a few areas that might help extend your career:

Clark writes: “In the 2015 season, almost nothing is the same. The average NFL team passes for 243 yards per game now and their offensive schemes, having undergone several complete cycles of evolution, would be barely recognizable to the 2003 incarnations of Brady and Manning. Since these two came into the NFL, they’ve seen more changes to the passing game than in any other stretch of time since the Super Bowl era began in the 1960s.”

In the same way the world has changed around our work. Technology has evolved, leadership principles have gone deeper, and changes happen everyday in the way we engage other people. Too many think they have things under control, and then get sideswiped and ambushed by the future. Keep your eyes open because change never stops.

Clark writes: “Brady and Manning didn’t invent these changes exactly—though they did have some influence—they simply took the trends over the past 15 years and were the best at adapting to them. They are great quarterbacks, yes, but they are better tinkerers and tweakers. This is not a place to debate which quarterback is better. This is a place to point out that these two quarterbacks have so dominated a sport where that is not supposed to happen.”

The lesson?  Tinker and tweak.  Everyday, you should be thinking about ways to grow, expand your influence, and master your career or calling.  Just like these quarterbacks, we’re not inventing the changes, we’re having them imposed on us. And the careers that survive and thrive, are driven by men and women who know how to tinker and tweak. To adapt and evolve.

The future won’t be about talent as much as embracing change.

Photo of Tom Brady from Wiki Commons by Jack Newton. 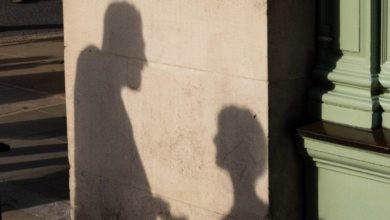 Allow Your Adversaries to “Save Face”

When a Church or Ministry Should Die