From this month’s Charisma, Lee Grady writes the following editorial on his take on current religious television:

Christian TV Needs an Extreme Makeover
We need so much more than canned church services beamed from La-La Land.

You might be shocked to know that I don’t watch a lot of Christian television. With my hectic schedule I don’t have time for too many talk shows.
I do watch broadcast news, PBS documentaries and an occasional movie on AMC. When I am in total couch potato mode I’ve been known to watch reruns of Boy Meets World and America’s Funniest Home Videos with my kids.

But my children aren’t too fond of religious broadcasting, and I can’t blame them. I would rather sit in traffic and listen to my favorite worship music than watch a group of slick-haired evangelists gab about the importance of tithing. Who came up with this odd programming concept, anyway?

“If we get back in touch with reality, people will tune in by the millions.”

I know there are some great Bible teachers on the air today, and TV pioneers Marcus and Joni Lamb of Daystar Television are taking remarkable strides to improve the image of Christians in the media. (You can look for Charisma ’s cover story on the Lambs in two weeks.). But let’s be honest: While television is an incredible way to spread the gospel, Christian broadcasting today is a vast wasteland of missed opportunities.

I’d like to offer a few suggestions on how Christian TV executives could stop turning off viewers.

1. Get real. People are looking for authenticity, not hokum. When unbelievers see Christians on TV they need to know we have real human problems as well as practical answers. They don’t need to see religious masks, hear pat answers or be forced to decipher sappy religious lingo.

We must be as professional and sophisticated as possible when we go to the masses. National television is no place to be cheesy, flamboyant or weird.

2. Reset the clock. This is 2006. Much of Christian TV needs an extreme makeover. The gospel is timeless, of course, but that doesn’t mean we will attract a big audience if we package our message in an outdated style.

My generation is not going to watch a Christian version of Hee Haw or The Lawrence Welk Show .. I know of one prominent pastor who refers to typical Christian television as a “Granny Hootenanny” because the sets, music and preaching don’t appeal to anyone under 75. Christian networks need to hire some people under 30 and let them invent a new broadcasting formula.

3. Give us some substance. I realize that some people watch Christian TV instead of going to church. (That is actually a very scary thought). But since many of us already attend a worship service at least once a week, Christian programs should not be church services beamed from La-La Land. We need more than an inspirational song, canned applause, a sermon and a lengthy offering appeal. Help us apply the Word of God to everyday life!

4. Tone down the begging. Some Christian programs remind me of those mindless infomercials that air at 3 a.m. to entertain insomniacs. Except in this case, instead of movie stars from the 1970s selling face creams, diet shakes or vegetable storage systems, it’s Christian leaders gathering on the same set, night after night, to preach their favorite prosperity messages to one another.

They jostle to the music, slap one another’s backs and remind the audience that God will free them from debt if they charge a $1,000 love gift on their credit cards. Meanwhile, for effect, studio technicians play the sound of ringing telephones in the background (do phones still sound like that?) and they show an electronic board with a rapidly changing number of “available” phone lines.

Will someone please make them stop? This is bad advertising for the gospel. These people make it sound as if God is constantly running short on cash. Here’s an idea: Why couldn’t Christian stations have commercials? I’d rather hear from the eccentric local car dealer every 15 minutes than endure an hour of telethon torture.

5. Have some integrity. What really grieves me is that a network will put any old preacher on the air if he can wow a crowd. Never mind that his theology is toxic. Forget that he left his wife and married another lady a week later. He can sure get the people to shout—and to open their wallets!

I won’t be a guest on many Christian talk shows as a result of this article. But I hope someone out there in TV land is listening—and is willing to make today’s programming relevant to mainstream viewers who certainly are not going to find Jesus while watching CNN, HBO or MTV. If we get back in touch with reality, people will tune in by the millions. 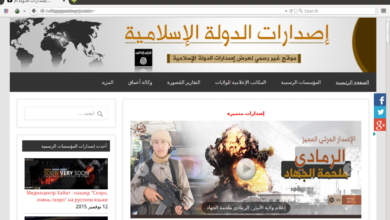 The Momentum is Starting to Change in Religious Media