Hollywood’s Variety Magazine reports that whether you believe in global warming or not, Nielsen Ratings service indicates that broadcast TV audiences are melting away a bit faster than first believed. The average time spent watching live TV in the United States dropped by 12 minutes in the 3rd quarter – double the rate of the same period last year. Time shifting (DVR use) accounts for much of that drop, but the bigger reason appears to be viewing shows across multiple digital platforms.

Digital video rose by 60% over last year and I’ll be writing soon about 2015 being “The Year of Online Video.”  Also, platforms like Apple TV and Roku are now showing up on Nielsen reports so it will be interesting to see the impact they’re having in the marketplace.

How bad is this news for faith-based TV programmers and creators?  Not really bad at all. Remember that much of what people are watching on digital platforms is just pulled over from broadcast TV. Just watch iPad users on a typical airline flight – most are simply viewing sitcoms, drama series, and other programs that were originally produced on network television. I sat next to someone recently watching a Joyce Meyer program on her tablet – a program originally broadcast on TV.

The biggest loser is advertisers.  Since faith-based programming is largely “direct response” (meaning no outside advertisers) it doesn’t matter how people view it. What’s going to hurt are programs that rely on commercial TV ad dollars, since most of the other platforms allow viewers to skip spots or delete them altogether.

The world is changing, but as I’ve written before, broadcast TV is America’s Last Great Campfire. It’s still the primary place where millions regularly gather around a relatively small handful of channels. That means we should definitely have our message and content on all digital platforms, but to reach the most people, don’t forget the power of broadcast TV. 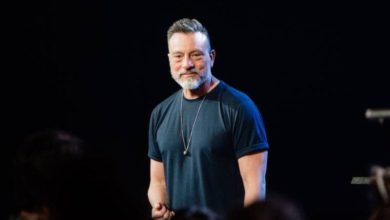