An editorial in the “Review and Outlook” section of today’s Wall Street Journal regarding the IRS attitude toward political speech has horrifying implications for the future. Everyone knows that they have threatened to revoke non-profit status for numerous ministries and churches who speak out on what’s perceived as political issues. But today, “political” issues are often based on moral issues, and where is the church if it loses it’s moral authority? The really scary issue here is that the IRS isn’t content with simply penalizing churches anymore, but now they want to take action to “prevent future violations.” This means the IRS will be reviewing the content of sermons, media programs, books, and financial records in advance to basically squash any exercise of this aspect of religious speech. Is anyone in the church listening here? Check out the article, and let me know your thoughts – particularly about what kind of action we need to consider to keep the pulpits of America open…

When the Rev. George F. Regas delivered a sermon opposing the Iraq War in All Saints Episcopal Church in Pasadena, Calif., two days before the 2004 presidential election, he expected to upset a few members of the congregation. Instead, he seems to have upset the Internal Revenue Service, which began an investigation that is still under way. All Saints isn’t the only church to fall out of the good graces of the IRS.

Under the 1954 Revenue Act, 501(c)(3) organizations risk losing their tax-exempt status if they “participate in, or intervene in…any political campaign on behalf of any candidate for political office.” Over the past two years scores of organizations have faced scrutiny for allegedly mixing their political convictions with their religious ones. And this summer the IRS expanded a program it first launched in 2004 to take direct aim at political advocacy inside houses of worship.

The new crackdown, which the IRS calls the Political Activity Compliance Initiative, has so far put some 15,000 nonprofits — mostly churches — on notice that preaching politics puts them at risk of audits, fines or, in some cases, the loss of tax-exempt status. The IRS has also announced it will no longer wait for complaints to come in, but will instead take action “to prevent violations.” It will be reviewing the content of sermons, it says, as well as the financial books of religious organizations. The free exercise of religion could now come with a hefty bill.

It is true that the prohibition on church-centered political activity is decades old. But it is also true, as the IRS admits, that there is no “bright line test” to determine what constitutes political activity. Churches have always tried to influence voters on moral issues. What is different now is that moral issues — abortion, stem-cell research, same-sex marriage, war — are now hot political issues, and the IRS is pushing religious communities out of the debate.

Not that the blame rests solely with the IRS. Barry W. Lynn, director of Americans United for the Separation of Church and State, has pushed for the crackdown by filing complaints with the IRS and boasting that his group is committed to “keeping churches out of partisanship.” For a man who supports nearly every effort to erect a wall of separation, he seems not to mind sending IRS agents into churches if it keeps ministers out of politics.

Amazingly, there has been hardly a peep of protest from Republicans. Judging by their silence, both the White House and the Republican National Committee seem oblivious to the stepped-up enforcement, even as it will likely hit their political base the hardest. The Missouri Catholic Conference, for example, is now coming under scrutiny for sending letters to state lawmakers opposing public funding for stem-cell research. The Rev. Rod Parsley of the World Harvest Church in Columbus, Ohio, has drawn complaints for allegedly supporting Republican candidates.

Not that everyone in Washington is keeping mum. North Carolina Republican Rep. Walter Jones wants to get the IRS out of the business of policing religious speech. His proposed legislation to do just that has been stalled for six years, but he hopes that the federal agency’s latest initiative — and the experience of Mr. Regas in Pasadena and thousands like him on both sides of the political spectrum — will break the political logjam. He told us that he considers efforts to control what is said from the pulpit to be “antidemocratic.” Amen to that. 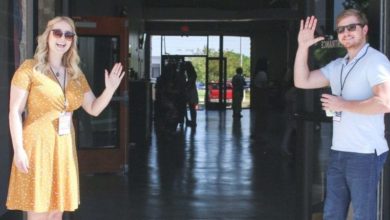 Why Churches Should Apply Their Visitor Strategy to Vendors and Contractors