I wanted to write an appreciation about Ingmar Bergman, the Swedish filmmaker who died this week in his late eighties. When I was in college in the mid-seventies, Bergman was the first filmmaker I discovered who explored spiritual issues at such a deep level. Back in the days before home video, my wife (girlfriend at the time) Kathleen and I would drive to the Philbrook Art Museum in Tulsa to watch his movies at their weekend art film screenings. It wasn’t long before I was buying every book about him that I could get my hands on.

Although he grew up the son of a Lutheran pastor, he questioned everything spiritual, and his films are dark explorations into the deepest human emotions and reservoirs of doubt. He was the first filmmaker that taught me “authenticity” when it came to faith and film, and although I doubt he ever came to a place we would recognize as faith, his honesty, questions, and passion created a spiritual blueprint for an entire generation.

In a world of TV evangelists, Jesus Junk, and shallow theology, Bergman asked the big questions about the silence of God, and his use of images to confront the transcendent changed the simple categories I had always put God into.

Bergman understood our souls were at stake, and never went for the easy answer. His dark, Nordic style was often parodied on Saturday Night Live, but even after all these years, they still have their power. Go rent his films. I would start with his classics, “The Seventh Seal,” and “Cries and Whispers.”

This commentary by LA Times writer Peter Rainer says it far better than I could:

Ingmar Bergman: Map of his soul

The filmmaker used cinema to explore his secret torments and expose his anguish.

The movies of Ingmar Bergman constitute a spiritual autobiography unlike any other in the history of film. He worked out of his deepest passions and, for many of us, this made the experience of watching his films seem almost surgically invasive. He pulled us into his secret torments. Looking at “The Seventh Seal” or “Persona” or “Cries and Whispers,” it’s easy to imagine that Bergman, who died Monday, was the most private of film artists, and yet, no matter how far removed the circumstances of his life may have been from ours, he made his anguish our own.

Another way to put this is that Bergman — despite the high-toned metaphysics that overlays many, though not all, of his greatest films — was a showman first and a Deep Thinker second. His philosophical odysseys might have been epoxied to matters of Life and Death, of God and Man, but this most sophisticated of filmmakers had an inherently childlike core. He wanted to startle us as he himself had been startled. He wanted us to feel his terrors in our bones. A case could be made that Bergman was, in the most voluminous sense, the greatest of all horror movie directors.

Bergman’s autobiography “The Magic Lantern” was named for the movie-camera toy that captivated him as a little boy. Throughout his life he was enthralled by the primal power of imagery. It’s as if everything he filmed, every landscape he captured, every face he framed, was being looked at by him for the first time. Although Bergman’s movies were heavily weighted with symbolism — his most famous symbol was the medieval knight playing chess with Death in “The Seventh Seal” — what we responded to was the fear and wonderment beneath the branding.

It makes perfect sense that Bergman was a master director of actors, for what better sensual landscape could there be than the human face? His movies are an album of indelible images that are also consummations of experience. The fierce, frail professor in “Wild Strawberries” whose face is already a death mask, the infinitely sorrowful Pieta embrace of the women from “Cries and Whispers,” the mute Samuel Beckett-like nothingness of the final moments from “Shame,” in which adrift, war-torn survivors slip silently overboard into the waiting abyss — these moments carry such force that they might have been summoned from one of our own fever dreams. They have an infernal intimacy.

Bergman could also be an ineffably happy artist, and this makes sense too — it was the flip side to his doominess. The romantic comedy “Smiles of a Summer Night” is such a lyrical, Mozartian roundelay that it was inevitable Bergman would one day go in for a total Mozart immersion.

His “Magic Flute” is by a considerable margin the greatest film opera made and one of the most blissful of all movie experiences. His last major film, “Fanny and Alexander,” is, among many other wonders, a rapturous childhood fantasia in which the lavish serenities of family life are celebrated with a Dickensian fullness.

Bergman has sometimes been called the favorite moviemaker of people who don’t like movies. But just because he Thought Big doesn’t mean we should think small. He didn’t just extend the philosophical range of movies, he also extended their expressive reach. His was not the only kind of art possible in cinema, but it is an essential one. Nothing less than the soul is at stake in his films.
___________
Peter Rainer is film critic for the Christian Science Monitor and DVD critic for Bloomberg News.  Photo by Wiki Commons. 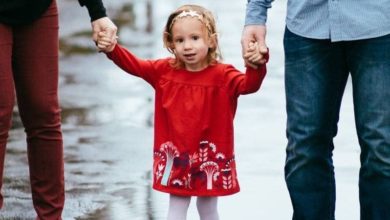 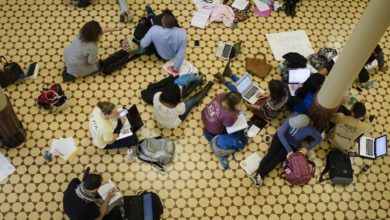