Los Angeles comedy writer and performer Dan Rupple has discovered the media’s shift toward narrowcasting has even effected the world of comedy.  Rupple says today’s audiences want it fast, want it their way, and want it random.  Just as the old “mass” media model of creating one program and sending it out to a mass audience is quickly dying, so is the idea of a mass audience for comedy.  With the advent of personal digital devices, downloadable media, and narrowcasting, audiences are looking for much more specific styles.  As a result, Rupple says the key is finding your niche.

Does this mean the death of broad-based TV comedy?  “Not yet,” says Rupple, but the change is happening, and it’s happening right now.

Dan Rupple is a long time comedy veteran.  He was a founding member of the successful comedy team Issac Air Freight in the 70’s, did a production stint with CBS, and now is a comedy producer for an Internet television network.  In his spare time, he teaches comedy writing at Biola University in La Mirada, California, near Los Angeles.

He goes on to say, “Having recently taken on writing and producing comedy for webcasts and iPods, my career shift and opinion on the future direction of comedy media has been shaped by the daily development of personal entertainment technology and by observing the viewing habits of the young generation. Today, when my daughter calls to ask if she can bring some friends home to watch comedy, that’s no longer my cue to vacate the TV room, but to boot up the computer.” 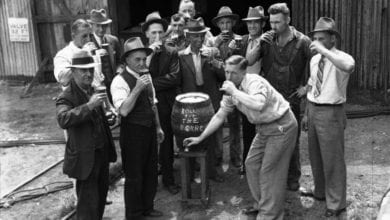 Survive this Financial Crisis Through The Power of a Strong Brand

Why Your Church Needs More Than a Communications or Media Director