If you’re accomplishing anything of significance in the world, you’re bound to pick up a few critics. Especially in today’s social media maelstrom, there are plenty of people who are more than happy to criticize just about anything – especially from the comfort of hiding behind a fake social media name. Sometimes the critics are clearly off their rocker, but in many cases, the critic has a legitimate complaint, and occasionally it hurts. The question is, how do we respond? Do we ignore it? Here’s a few thoughts that might help the next time you get a critic (serious or otherwise) on social media:

1) First of all, take a breath. Don’t respond immediately out of your emotions. You’ll almost always regret it, and often you’ll say something in the heat of the moment that you’ll regret later. Just take a breath, step back, and think.

2) Check his or her number of followers. I recently received a scathing social media response to a blog post of mine. Before I responded, I checked how many people were following him. It was 4. That’s right – 4 people. So for me to respond to him, meant I would reveal his name to my thousands of social media followers. In other words, I’d just be promoting him. So I decided to ignore it since only 4 people (besides me) saw it anyway. (And sometimes when you ignore critics, it drives them crazy.)

3) Don’t always assume they’re out to get you. Think about the criticism from their perspective. Perhaps he or she misread your post, or didn’t think it through. I’ve had many critics who changed their mind when I (graciously) pointed out their misunderstanding.

4) If it’s legitimate, take it. In my own case, I freely admit that I’ve posted things I wish I hadn’t, or wish my writing had been more clear. In those cases, I willingly took the bullet. A critic can do you a lot of good if it’s solid criticism, if you take it to heart, and if you reflect on how you could have done better.

5) Finally, if it’s a jerk or troll, ignore it. Remember that some people are desperate for attention, so while they’re sitting in their parent’s basement in their pajamas, they decide to attack someone online. It makes them feel powerful, but in reality, it’s a cowardly, miserable act, so don’t go down to their level. Just walk away.

I can’t tell you the number of highly respected leaders who gambled with their reputation and integrity because they got caught up in a pointless, emotional argument online. Don’t take the bait. People are watching you respond (or not respond) so make sure everything you post is something you’d be proud of later.

Do you have any other good tips for dealing with online critics? 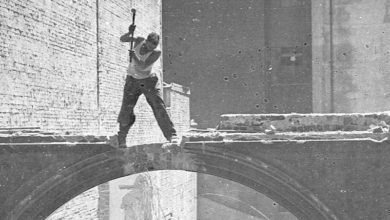 Five Habits That Could Cost You Your Job