Influence isn’t about ego or celebrity. Too often we dismiss the idea, assuming only raging ego-maniacs are interested in influence. But the truth is, if you want to share your message, get your creativity known, or impact the world, you need to have influence. It’s the key to getting your work, vision, and ideas into the marketplace. So the question becomes, how do you increase your influence? Here’s some ideas that will make a dramatic difference:

2) Know your strengths.  What are you really good at doing? What’s your expertise? Nail it down. Without credibility, you’ll have little influence. Expertise is a powerful tool for influence, so don’t confuse it with passion. The question becomes: What are you potentially the best in the world at doing?  Figure it out.

3) Maximize your relationships.  In my experience, you’re probably closer to people of influence than you think. Network. Make friends. Reach out. You have value and worth. Think seriously about your relationships and personal networks – including your connections on social media. Influencers know who to call when they need to leverage an important idea. Who’s on your list?

4) Don’t give up too soon.  I’ve met people in Hollywood who have spent decades pitching ideas and developing projects. Most people give up after a few rejections, but influencers know that rejections are just tools for helping them perfect their ideas. In my career, I’ve discovered that most people fail – not because they don’t work hard, don’t show up, or aren’t qualified. Today, most people fail simply because they get distracted.  Learn to focus on your dream, and not give up too easily.

5) Finally – Think “content.”  The ultimate truth is – people are interested in the quality of what you create or produce. Brilliant creativity and execution isn’t a guarantee of success, but it’s the biggest step you can take. Study. Learn. Arguably the greatest artist of all time, Michelangelo said, “I’m still learning.”  When was the last time you took a class? Do you work on your gift everyday? Are you reading? Can you compete?

What has been your experience?  Any other suggestions for increasing your influence? 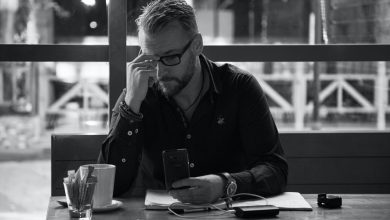 The Top Six Risky Habits of Pastors in Trouble