Sometime last year, word started floating around that Netflix was accepting not just Christian movies, but Christian TV programs as well. Since then I’ve been deluged with Christian media organizations asking how to get their programming on the network. So I asked my friend Chris Bueno, CEO of Ocean Avenue Entertainment, a full service home video distributor for the inside story. Here’s what Chris had to say:

This is a question I hear almost daily. Over the last 5 years I have brought numerous films and series programming to Netflix, which is the world’s leading Internet entertainment network. Last year alone, our company closed on 10 films and on the first working day of this year, we received an offer on another new film from Netflix. However, what they are looking for now is vastly different than what it was even a couple years back.

For example, in early 2012 Netflix had a vast library of lower budgeted independent films it was streaming. Also, if a film was on Hulu or Amazon Prime, it didn’t stop them from licensing it on their platform. However, over the last couple of years they have focused on creating their own original content. At the same time, they are currently only acquiring films that they can exclusively stream. Because of these two primary factors, their criteria is much higher now than it has ever been before.

To better help filmmakers and TV producers position their film or TV series for licensing through my company, here are 7 things that will significantly elevate the possibilities of getting on Netflix:

1. It appeals to a faith audience — My particular niche with Netflix are films or series that will appeal to a faith audience on some level. They can be gut-wrenching films like TO END ALL WARS, or THE CHRISTMAS PROJECT which is a heartwarming story the entire family can enjoy. Because of my background in this category, my company provides Netflix with valuable insights on how a film will appeal to this target audience. They have a committed audience that is interested in this genre and so it’s important to find the best films or series’ that will interest them. Because this is the focus of Ocean Avenue Entertainment, if a film appeals to this audience on some level it becomes the first qualifier.

2. It’s entertaining — A film or TV series has to be entertaining. Does the story maintain your interest throughout the film or series? Do the first 5 to 10 minutes engage you enough to continue to watch? Some films may be more educational, but they still need to engage and entertain. Netflix is much more selective in what they will acquire, so the entertainment value must be higher now. They look for films that will attract new subscribers or help retain the subscribers they already have.

3. It doesn’t look like an ultra-low budget project — Occasionally I’ll receive submissions that would clearly appeal to a faith audience and that are actually quite entertaining, but because they “look” ultra-low budget, I know Netflix will pass. This may be due to poor lighting, bad sound or other factors that overlook the fundamentals of basic filmmaking. I’ve licensed many films recently that were produced for under $500,000, yet they had the look and sound of a much bigger film.

4. It’s a brand new film, verified by IMDB — In those early days, much of what I brought to Netflix was mostly older, low-budget films and series. There were also a number of bigger budgeted films like END OF THE SPEAR that they licensed, which they defined as “library titles” (usually meaning older than 2 years). In the last couple of years their criteria has dramatically shifted. Now, if a film is older than even one year or if it’s been available on other home video platforms for 4 months or longer, it may diminish its licensing potential.

5. Exclusive to Netflix — Four and five years ago all of the offers I received from Netflix were non-exclusive, meaning they didn’t care if they were on competing sites like Amazon Prime or Hulu. Now your film must be exclusive to Netflix. So, if you’ve already licensed it to another streaming platform, there is no need to waste time submitting it.

6. Worldwide rights are available — Netflix is now available in almost every country. Netflix ended last year with 93.8 million subscribers, including 49.4 million in the U.S. On average, every subscriber account represents 2.5 people who are watching, that translates to roughly 235 million people and growing. Because of this, if Netflix is able to license in other territories like Latin America, UK, Australia/NZ, it will definitely increase what they can potentially offer for your film.

7. You have a good poster and trailer — When I submit a film or series for consideration, the first 2 things that Netflix will see are the poster and then the trailer. These 2 things are the most important tools in your promotional toolbox. Even if Netflix passes on your project, you will still need a compelling poster and trailer to promote it on other platforms like iTunes. Also, if you do end up with a Netflix deal, having a compelling poster will greatly aid in its discovery on their platform. All of us who rent or buy movies on iTunes or who look for a film to watch on Netflix, will scroll through sometimes hundreds of choices to finally pick the movie we want to watch. If your poster can’t stand up to all of the other choices, people just won’t be interested in downloading or streaming it.

If you submit your film or TV series to us for consideration, we will screen and evaluate it to determine if we believe it is a good candidate to submit to Netflix. We cannot guarantee that Netflix will make an offer for your title, but if it incorporates the key points about, it will definitely increase its possibilities.

———Chris Bueno is the CEO of Ocean Avenue Entertainment — A full service home video distributor that will help you reach the widest audience possible on streaming, DVD, digital and other home video platforms. 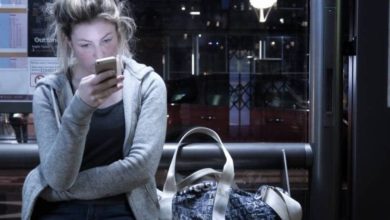 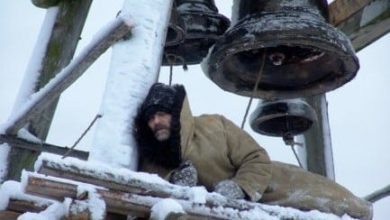 Is Your TV Program Open Too Long?