Admit it – some of us just like to talk. As a result, we tend to dominate conversations and overpower others when we’re face-to-face. We may not admit our guilt, but chances are, if we’re outgoing or want to share our expertise, we often overdo it. The problem is that people who talk too much come off as boring. The very thing we’re hoping for – that people will recognize our expertise, or enjoy hearing our perspective – is undermined. We simply appear boring and uninteresting.

But there are two key techniques that overly talkative people can use to turn the tables and look like a genius. Try these ideas the next time you’re in a conversation and chances are, you’ll actually visually notice how much people change their perception about you.

First – as difficult as it may be, hold back. Talk less and give the other person room to speak. It’s been said that for most people, the most beautiful sound in the world is the sound of their own voice, so let’s allow people hear themselves speak for a change. By letting them talk, you’re allowing them to feel valued, and that alone will make their self-confidence shoot up. And since you’re the person they’re talking to, they’ll always associate that with you.

I have a friend who’s a very high level leader. He’s incredibly busy, but every time you’re with him, you feel like you’re the only person in the room. He accomplishes it by focusing on that person, and allowing them to talk. When you leave his presence, you feel amazing.

Second, instead of sharing your opinions, ask questions. Sometimes, it’s difficult to get other people talking, so prime the pump by asking them interesting questions. Don’t ask trite questions about the weather or politics, but ask about them how they’re doing, what’s happening in their lives, or an update on their career.

Start trying both techniques, and I can pretty much guarantee that people will start considering you a genius. As the classic quote from President Theodore Roosevelt says: “People don’t care how much you know until they know how much you care”

One of the greatest ways to show people you care is by simply listening.

To Be a Successful Communicator – Keep it Short 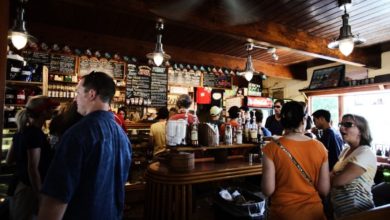 Do You Talk Too Much? Here’s How to Tell.