Words like “stability” and “safety” are what financial advisers try to make happen for their client’s money.  But is that what you’re looking for with your life?  Better yet – what are you willing to risk to accomplish your dream? In my book “Jolt” I tell the story of the movie “Up in the Air” starring George Clooney.   There’s a wonderful scene in the Jason Reitman film where Clooney plays Ryan Bingham, whose unusual job is to fire people from theirs. He’s hired by major corporations to handle big layoffs. Although he’s become brilliant at the task, the anguish, hostility, and despair of the job has left him empty, falsely compassionate, and yet—strangely enough— loving every second of it.

In a powerful scene where he and a new assistant are firing an aging middle manager, Clooney’s character notices on the manager’s resume that he had been trained as a French chef. As the angry manager despairs over losing his job and having to face his wife and kids, Clooney reminds him of his original dream. He asks a remarkable question, the essence of which is, “Back when you started, how much did it take to buy you away from your dream?”

It is a compelling scene as the middle manager thinks back to the time he exchanged a steady paycheck for what he really wanted to do with his life. Now, decades later, he realizes the devastating impact of settling for second best.

Have you ever rationalized settling for second best?  It’s amazing how you can make it sound as if it’s the right thing to do, even when your innermost being is crying out for you to follow your heart and discover your real potential.

Stability or growth?  Back when you started, how much did it take to buy you away from your dream?

To Be a Successful Communicator – Keep it Short 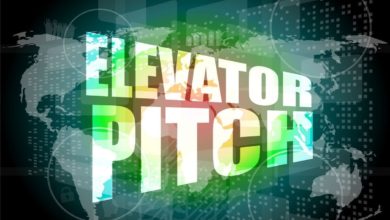 Job Hunting Tips For The Future