Something strange happened to me a few times over the last year, and some of you may have had similar experiences. Each time, after I posted something, a friend who strongly disagreed with it then criticized me pretty harshly on the post and did it online. After writing thousands of blog posts over the years as well as plenty of magazine articles, I’m used to criticism, so it wasn’t the actual criticism that bothered me at all. One of the reasons I write is to encourage discussion and differing viewpoints.

But what seemed strange to me was that a personal friend felt comfortable enough to call me out publicly and harshly – without first making a private phone call, direct message, or email to clarify my point. In each case, their comment was snarky, and in each case they misunderstood the post, but they still felt no compulsion to reach out privately for clarification first.

I understand the powerful pull to respond immediately on social media when we disagree, get angry, or offended. We’ve all felt it, and that pull is exactly one of the most negative aspects of social media. Because it’s so easy, you respond quickly when it would be far more thoughtful and appropriate to take a little time and reflect first.

But beyond that, I can only guess that the public nature of the response might have accomplished a few things for them:

1. Perhaps it was an attempt to make them look smart, moral, funny, mature – or whatever they wanted to sound like as they criticized my post. Looking back over a few years, most seemed to be trying to claim the moral high ground on an issue.

2. Perhaps even though they knew me, they didn’t want to actually discuss the subject with me personally, because that might take an investment of time in our friendship or potentially discovering other reasons for the post.

3. It’s easy to be mean behind the screen. That’s one of the great drawbacks of social media and mobile devices.

But whatever their motivations, I keep going back to that pesky scripture in Matthew 18:15 – “If your brother sins against you, go and tell him his fault, between you and him alone. If he listens to you, you have gained your brother.”

Particularly as Christians (as the friends I described were), do we publicly “call out” personal friends on social media when we disagree with them? Do we give them the benefit of the doubt? Do we reach out privately? Is it so important to establish our moral superiority, brilliance, or sense of humor to our followers that it’s worth trying to embarrass someone we know and should care about? How much we disagree with the post isn’t the issue. The issue is how we’re responding to a friend. 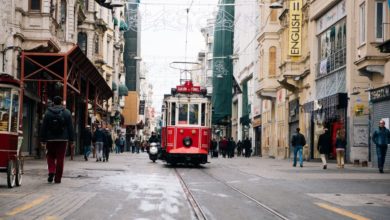 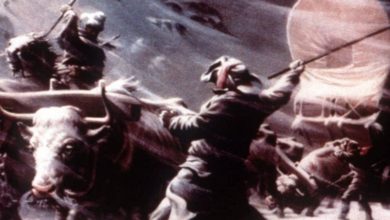 The Donner Party and How to Deal With A Crisis