Karen Covell, Director of the Hollywood Prayer Network had an interesting conversation with an employee of a major ministry regarding their position on boycotting the entertainment industry.  Karen, (like most of us Christians in the entertainment business) prefer to think of boycotts as a completely last resort.  It raises plenty of money for fundraising campaigns, but as a strategy to change the culture, it simply rarely works.

But Karen responded to this ministry with such a clear and direct explanation of her position, I thought it worth posting. With Karen’s permission, here’s her letter:

Thanks so much for your quick and kind reply.  I do want to lovingly challenge you on one point about boycotts: Jesus ONLY got mad at the Religious Leaders – never at the people who didn’t know or claim to know him. To them he was patient, loving and forgiving, i.e. The woman at the well. I truly don’t see biblically where Jesus judged the non-believers. In fact, he told us to love our enemies. And yet, the boycotts today are all aimed at non-believers. We don’t boycott the Billy Graham organization or even Christian ministries that go bad. We just boycott the “lost” who don’t know any better than to lift up and celebrate their world views and their “lostness.”

I truly believe that if boycotting was biblical then it would lead non-believers to Jesus, it would build community, unity, peace, and all the things that Jesus wants for us. Yet all it does is to cause non-believers to hate us, they feel judged, and they get turned off from Christianity because of how they feel toward the Christians who are telling them that they have to “act” like Christians. I have never met anyone who has become a Christian because of a boycott. But I have seen many examples of the opposite.

Jesus tells us that the followers of Him who are leaders will be held responsible for our actions, but he never says that about non-believers.  So, that is my challenge to your organization. To truly find something Biblical that supports the effort. I am open to hear your thoughts.

I would love to continue the dialogue and I thank you for listening.

I think Karen’s reply is brilliant.  What do you think? 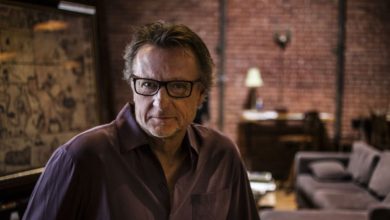