The Wall Street Journal reported a story from the Boston Globe about using “shame” in marketing. Apparently, it gets results. Check this out, and let me know if that’s a “tool” we should consider for non-profits and religious organizations:

Maybe peer pressure is a good thing after all. Who could argue if it gets homeowners to save electricity, prompts hotel guests to reuse towels and prods taxpayers to be honest?

The field of “social-norms marketing” is getting new attention, writes Christopher Shea in the Boston Globe. While there have been other studies going back 20 years, Robert Cialdini, a professor at Arizona State University, has written a report that appears in the May issue of Psychology Science that looks for effective ways to make use of the idea. For example, homeowners were issued a notice showing how their electricity use compared with their neighbors’. The idea was to embarrass those using more power into conserving energy to be like their thriftier neighbors. Unfortunately, the thriftier homeowners viewed the information as a license to raise their consumption. That problem was addressed by including a smiley face on future notices for the thriftier neighbors.

Such tactics have been used before. In a 2003 paper, Dr. Cialdini showed how embarrassment works better than browbeating. Signs in the Petrified National Park in Arizona warned visitors that taking petrified wood was robbing America’s “heritage.” So Dr. Cialdini and his colleagues showed how the park could reduce vandalism by making new signs that stressed how few people engaged in the practice. The intention was to isolate those who do steal by placing a drawing of a vandal on the sign with a red slash through it.

In another experiment, Dr. Cialdini showed that hotels needed only to reword their plea for guests to reuse their towels. The winning approach: “Join your fellow guests in helping to save the environment: A majority of our guests use their towels more than once.” A similar tactic was employed in Minnesota in a study by the Department of Revenue. Greater tax compliance resulted in simply telling taxpayers that most people don’t cheat on their returns. But the department had less success when it stressed the link between popular programs and taxes. “What’s appropriate to do, in most people’s minds, is what other people like them do,” “The norm is like a magnet,” says Dr. Cialdini. — Jim Winston

How To Waste Money On A Consultant 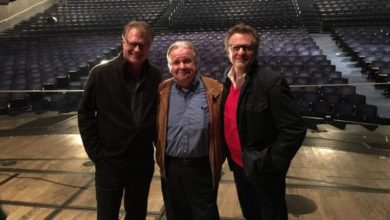