When it comes to leaders, the importance of a library cannot be overemphasized.  Even in the digital age, having a strong personal library is critical. I had originally written this in a magazine article a few years ago, and today, I found my notes from talking with a cross section of pastors across the country about the importance of building a personal library. One of the topics was where to begin – how does a pastor or ministry leader select the right handful of books to start the foundation?

So I presented them with a challenge: “If you were stuck on a desert island with only ten books (not counting the Bible), which ten would you select?”

The answers to the question were so interesting, I decided to include some of their responses. I hope this gives you some ideas about where to start with your own library.

Jack Hayford, Founding Pastor of The Church on the Way and Chancellor of The King’s College and Seminary prefaced his list with the comment: “First, there is no magic ten, but I consider “important” books those who have touched me at strategic points in my life. He includes books that meet primary needs in his ongoing, regular study for preaching and teaching. (Although he “cheated” a little by including multi-volume works, what are you going to say to “Pastor Jack?”) Here’s his list:

Jack Graham, Pastor of Prestonwood Baptist Church in Dallas has always been known for creative strategies, innovative ideas, and great vision. Where do those ideas come from? Perhaps it’s his personal library. His list includes:

1) The Saving Life of Christ by Ian Thomas
2) A Diary of Private Prayer by John Bailie
3) Spiritual Leadership by J. Oswald Sanders
4) Heart Cry for Revival by Stephen Olford
5) Lectures To My Students by C.H. Spurgeon
6) Listening to the Giants by Warren Wiersbe
7) Evidence that Demands a Verdict by Josh McDowell
8) Evangelism Explosion by D. James Kennedy
9) Expository Sermons on Revelation by W.A. Criswell
10) Ordering Your Private World by Gordon MacDonald

Ron Gleason, Pastor of Grace Presbyterian Church (PSA) of Yorba Linda, California, studied theology both in the United States as well as the Free University of Amsterdam and the Theological Seminary of the Reformed Churches in the Netherlands. Ron Gleason is my idea of a pastor – he’s an internationally known Bible teacher as well as an avid baseball fan. He reads extensively in Dutch and German, (but was kind enough to send his top ten books in English). His list includes:

Greg Laurie, Pastor of Harvest Christian Church in Riverside, California had just finished another successful Harvest Crusade in Angel Stadium in Anaheim when he took time out to send me his list:

Ted Traylor, Pastor of Olive Baptist Church in Pensacola, Florida is a former 1st Vice President of the Southern Baptist Convention and a powerful preacher. His list includes:

Before he passed away, I asked my dad, Pastor Bill Cooke in Charlotte, North Carolina, since his passion for books started this whole idea. A great believer in change, his only consideration in sending his list was: “I picked these books based on the fact that “I don’t plan on being on the island too long.” He sent the following list:

1. Lectures on Systematic Theology – Charles G. Finney
2. New Evidence that Demands a Verdict – Josh McDowell
3. Dictionary of Paul and his Letters – Editors: Hawthorne, Martin and Reid
4. A Century of the Holy Spirit – Vinson Synan
5. Hayford’s Bible Handbook – Jack Hayford
6. The Apocalypse – J.A. Seiss
7. The Wartime Journals of Charles A. Lindbergh – Charles A. Lindbergh
8. A History of Christianity in the U.S. and Canada – Mark A. Noll
9. The Resurrection Narratives: A Redactional Study – Grant R. Osborne
10. The Triumph of the Crucified – Erich Sauer 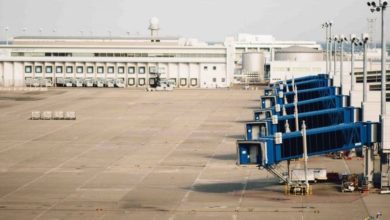 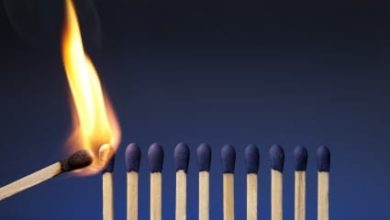 The Power of a Committed Group 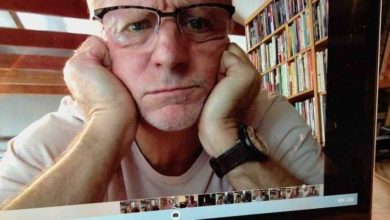 How to Become a Rock Star on Video Conference Calls