It’s hard to believe, but “reality” is difficult to come by in many organizations today. In a multitude of ways, the truth of a situation may be obscured by inadequate information, a leader’s insecurity or bias, incompetent team members, an elephant in the room, or many other things. That’s one of the greatest reasons a leader is so important. It’s his or her job to clean the glass so the team can get a clear look at exactly what they’re facing.

Think about it. What’s reality in your current situation?  I know of a team that can’t face reality because of a leader who refuses to take correction. His insecurity causes him to argue with his own team if they point out a truth he’s uncomfortable with. Another organization can’t see reality because they live in a bubble.  Yes, the office is in a remote location, but what’s worse is that they’re not learning or growing. They don’t read what others are doing, attend helpful conferences, or engage with competitors. A nonprofit organization I know lives under false assumptions. They believe donor development campaigns that worked in the 80’s should still be working now. They refuse to face the facts that the culture has changed, technology has changed, and people have changed. We have to adapt.

If you’re a leader, it’s your job to clear away the confusion, find the truth, and make reality evident and clear.

What are the realities that are being obscured in your organization? 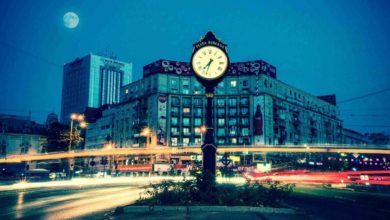