Whenever I travel internationally, I’m always surprised to find that when watching American produced religious programming, the vast majority of programs do nothing related to local audiences.  In other words, the program open and close, structure, and even commercial spots were the exact same as the program that had been broadcast in Cleveland, Atlanta, or Tulsa.  It goes without saying that creating a commercial spot with an American phone number and a price in dollars is going to fail when its broadcast in Russia, South Africa, or Bolivia.  And yet, major media ministries do it everyday – wondering all the while why they don’t seem to get a response.

First Rule – Make sure international viewers can contact your organization easily and buy your products or donate to your organization in their local currency.  I carry dollars in my pocket, not Rubles or Pesos.  Likewise, a viewer in Bangalore carries Rupees, not dollars.

And it goes deeper:  “Cultural sensitivity” is critical is getting your message across in other cultures and countries.  In the Christian world for instance, too many American believers think Indian Christians worship in choir robes, and sing classic hymns with an organ playing in the background.  But Christians in other countries adapt their worship to the styles, customs, and methods that are meaningful to them.  As a result, we need to understand that and respond with our programming.

Second Rule – Do more than just have your program sub-titled or translated.  Think about customizing the program itself.  Certainly it will take time and money, but the meaning and connection will be far more powerful.  Perhaps better yet, instead of simply broadcasting your weekly or daily program into multiple countries with no changes made, think instead about periodic TV specials, that are completely customized to people groups around the world.

Years ago, I had the opportunity to be a producer on a series of TV specials produced by the Billy Graham Association.  Not only was Billy’s sermon translated into multiple languages, but we divided up the world into people/language/culture groups, and completely re-structured each version with local interviews, music, and features shot in regional languages and featuring locally known personalities.  In the end, it created a far greater response than simply broadcasting a typical American version of Billy’s program. 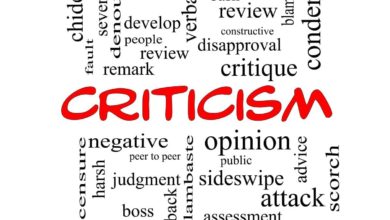