Regardless where you fall on the gay marriage debate, a look at the media strategy the leadership of that community has used is fascinating.  Anyone who doesn’t believe that strategy works in the media, need look no farther than the massive shift the gay community has made on network television.  Today, the advances in the courthouse haven’t been nearly as successful as the advances in the media.

Years ago the classic daytime drama “All My Children” portrayed popular character Erica Kane (played for 39 years by actress Susan Lucci),  as she joyfully watched her TV daughter marry another woman.  It was a full soap opera / over-the-top lavish ceremony that ended with the brides kissing.  As Megan Basham reported in World Magazine:  “While same-sex weddings on television are hardly new (a lesbian ceremony featured heavily in a Friends episode from 1996, for example), the real-life drama surrounding legal challenges to California’s recently passed constitutional amendment against homosexual marriages has made the milestone all the more significant. By tying the episode to Proposition 8, those associated with All My Children have reaffirmed the perception that the entertainment industry is of a single mind on the issue.”

The GLAAD (Gay and Lesbian Alliance Against Defamation) strategy has been at work for a long time.  They began lobbying the entertainment industry two decades ago, and the group’s Media Programs Department (yes – they’ve dedicated an entire department to it) has impacted sports, news, and even family programs.  For instance, they convinced the Associated Press news organization to drop the word “homosexual” from their style book in favor of the term “gay.”  They then successfully convinced the four major networks to do the same in their TV program scripts.

They’ve even met with Spanish language network Univision, which resulted in the network agreeing to re-train their staff led by a GLAAD Team that would go affiliate station to affiliate station holding classes.  In 2002 the organization created a 5 year strategy plan focused on “media markets that attract youth.”

Entertainment Director for GLAAD, Scott Seomin, said that they used to “Wait until something bad happened and then get pissed off.”  But he says that “We don’t protest anymore.  Why stand outside the building when with one phone call we can be invited inside.” 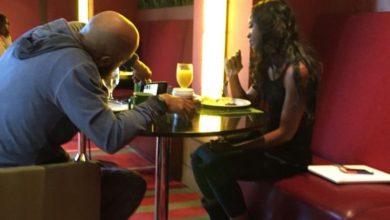