We often think that getting our ideas or projects rejected is the worst thing that could ever happen. I can’t tell you how many people have pitched ideas or scripts to me over the years and when I wasn’t interested, they got angry and never called me again. Maybe in some cases a rejection can be the end of the line, but early in my career I was determined to use those rejections as a doorway to something bigger.

For instance, back when we moved to Los Angeles, the first producer I met invited me to come pitch my scripts. He didn’t like any of my ideas, but we clicked, and he introduced me to his partner, an episodic TV director that had directed nearly a hundred episodes of various prime time dramatic shows.

That introduction resulted in a friendship that lasted for decades, and I could write a book from all the industry knowledge that producer and director shared with me over the years.

My next visit was with another producer. I took an entire grocery bag full of my screenplays to her office. She patiently looked them over as I pitched her the ideas.

Once again, she wasn’t interested, but I made it a point to stay in touch. Over the years we became great friends, and now I don’t have to pitch her anything – all I need to do is pick up the phone and call her with my ideas.

In both situations (and others as well) they didn’t buy my ideas or scripts, and in many cases, we never even worked together. But we became close friends who I can call on a minute’s notice for advice or counsel.

Don’t shut the door because you were rejected. Keep your cool, don’t get upset, and turn the tables.

Because when you become friends, who knows how much they can help your career.

The Right Thing Is Rarely The Easy Thing

Why You Should Be Telling Better Stories 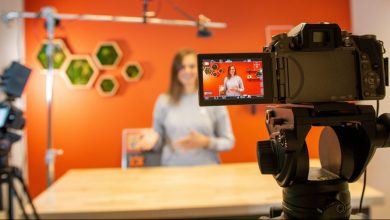 Leaders: How to Spot Great Talent