We’ve all had experiences where we desperately needed to meet someone important to pitch a project, share an idea, or just get to know them. Most of us don’t rub elbows everyday with leaders at the top of their game, so when the opportunity comes, we need to act. But the truth is, when that door opens, most of us blow it. We stumble, pull back, become afraid, or otherwise don’t take advantage of the opportunity that could change our future. To make sure you seize the moment next time you meet an influencer, here’s some key points to remember:

1. They don’t have much time.  Influential people are busy people and most won’t have an hour or two to discuss your idea. That’s why an “elevator pitch” is so important. Can you reduce your pitch down to the length it could be presented if you both stepped on an elevator and had a couple of floors to travel? If you can’t get it down to a short presentation, then you don’t know the idea well enough. Make it short and sweet, so you leave them wanting more.

2. They’re hearing a lot of competing voices.  In most cases, you’ll meet them at a public event and others may be chatting with them. They key? Be articulate. Don’t mumble, say “You know” 30 times, or go off on rabbit trails. Get to the point quickly. It values their time, and they’ll be grateful.

3. Influencers think fast.  In most cases, they’re one step ahead so get to the question quickly. What do you want from them? Money? Connections? A relationship? Advice? Whatever it is, don’t beat around the bush. If they have to ask, “What do you need from me?” You’ve blown it already.

4. Don’t be rude.  I know you can’t imagine being rude to someone important, but I’ve actually had people get upset with me that I didn’t have time to talk (even though I was being ushered off stage to another event.) You may have waited for months to meet them and something goes wrong at the last minute. Maybe they’re too busy, or tied up with other people. Whatever it is, don’t get angry or upset. That will blow any follow up chance you may get at another time. Be gracious, no matter what happens.

5. Don’t feel undue pressure to pitch.  Developing a relationship can be the most important thing. When I first came to Hollywood I met with a film producer and lugged my scripts over to her office. During the meeting, one by one she dropped them in the trash (she was pretty direct). But I kept my cool, made a joke, and we became friends. Now when I have an idea, all I need to do is pick up the the phone or drop her an email. Looking back, the fact that I focused on developing a personal relationship with that producer has been the most rewarding outcome of all.

6. Finally, always be ready.  You simply never know when the opportunity to meet an influencer will happen. I’ve run into blockbuster movie producers at the mall, major Christian leaders at a restaurant, and famous writers at PTA meetings. You’ll kick yourself the rest of your life if you miss an opportunity like that…

Speaking of which, where’s the weirdest place you’ve ever met someone important? 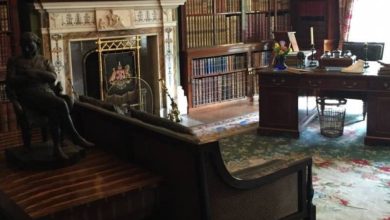 In a Video Age, Why Reading Still Matters