There’s a reason most companies and non-profits look for outside help when it comes to making major changes.  It’s simply very difficult and often impossible to spawn new thinking in-house.  As a result, leaders often bring in outside ideas and advice to spur change inside.  That’s not to demean the value of your in-house ideas or creativity.  The issue is perspective.  In fact, here’s a few key reasons that making real change happen usually takes an outsider:

1)  It’s difficult for in-house employees (especially long term employees) to get an objective view of the organization.  I remember when I was fired from a full-time job back in the nineties.  Once I got outside I was amazed at how differently I viewed the organization.  While I was employed, the organization seemed much bigger and more important.  But once I left and saw it in a wider context, it’s influence and impact shrunk to reality.

2)  Schedules.  Inside employees have to get their work done, and rarely have much time to spend on change initiatives.  As a result, they often view it as an imposition.  So rather than approaching it with excitement, they look at it as a burden.

3)  Fear.  Mention change inside most organizations and many employees get insecure.  Does this mean I’ll get fired?  Demoted?  Have less power or influence?  When that fear takes over, the last thing in the world they’re interested in is making any kind of change happen.

4)  Politics.  There are so many turf wars, silos, and un-discussable subjects at most organizations, that it’s impossible for an insider to push through the obstacles.  It’s especially true when the employee doesn’t have the authority over all the people in the process.

5)  A Bigger View:  Finally, outside consultants and change agents bring more to the table.  They’ve been through the process at other organizations and understand what works and what doesn’t.  As a result, they’ll bring a far more valuable perspective and can make the change happen quicker, and with fewer challenges.

Of course, when an outsider is brought in, some employees will complain that the outsider isn’t needed, and they can do it themselves.  But if that was the case, then why are we in this mess?  Why haven’t they done it already?

Obviously there are bad consultants and advisors out there.  I’ve personally spent a lot of time cleaning up the damage a few have caused.  But just because there are bad drivers doesn’t mean I’m hanging up my car keys.

Use common sense.  Get recommendations, ask for examples of past success, and get the facts.  A little effort upfront will result in a long-lasting and productive relationship on your journey toward change. 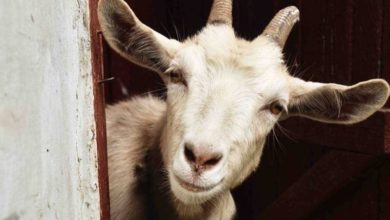