I find it interesting (and somewhat sad) that pastors and evangelists have exaggerated so much for so long, that people have actually created a term for it:  “evangelistically speaking.” When Christian leaders – the people who should be the most honest – have such a history of exaggeration that we generate a special term for it, that’s rather embarrasing to say the least.  I’ve seen it many times.  I’ve filmed religious events with audiences in the hundreds, but the evangelist reported later that “thousands attended.”   Others where thousands showed up, but he described it later as “tens of thousands.”  It’s rather ironic that so many try to build their reputation by lying…

But religious leaders aren’t the only people who speak “evangelistically.”  I thought about the phenomenon during various addresses from President Obama.  So many of his quotes have been memorable for their exaggeration:

Early on, the President lambasted an unnamed group who he said believed: “A philosophy that says every problem can be solved if only government would step out of the way; that if government were just dismantled, divvied up into tax breaks, and handed out to the wealthiest among us, it would somehow benefit us all.” The question is – who’s philosophy is this?  Who (other than an anarchist) wants to see the government dismantled?  Many Americans think the government is too big, but that’s doesn’t mean anyone (except perhaps Islamic militants) wants to toss it out.

During a news conference when he was defending the first term stimulus, he decried another unnamed group who opposed the congressional stimulus as “a set of folks who – I don’t doubt their sincerity – who just believe that we should do nothing.” Who exactly wants to do nothing?  I couldn’t find them back then.  Even his most strident opposition had an alternative plan.  But since those days, the president’s list has grown.

The truth is – whether it be preachers or politicians – the idea of “evangelistically speaking” has to end.  Great leadership is about trust, and trust doesn’t happen without radical transparency. 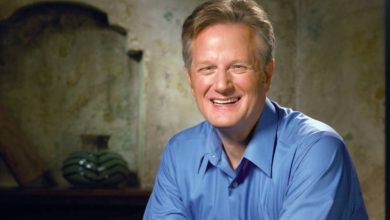