I got a call today from Campbell Brown’s producers to be a guest on tonight’s CNN Election Center hosted by Campbell.  They wanted to discuss Dr. James Dobson’s comments today about Obama’s interpretation of the Bible and what Dobson called Obama’s “fruitcake interpretation” of the Constitution.  I had to turn them down because I’m in the Midwest speaking to a media conference and tonight’s show schedule conflicted.  You never know where these things will go.  They were going to set me up against Roland Martin – a CNN advisor and Democratic Strategist.  These calls are tough because in this case I have feelings both ways:


First – there’s no question that Obama’s point is lame. It’s typical of people trying to make a point to exaggerate Old Testament dietary or hygiene laws and show that since we don’t follow them today, we should question anything the Bible says.  That’s a pretty weak understanding of the Bible – especially for a candidate that’s trying to convince us he’s serious about his faith.

As I wrote in my book “Branding Faith” – it’s all about perception.  And I would advise candidates from both sides of the aisle that if they want to reach out to certain constituencies – in this case Christians – they need to be sincere and exhibit a real commitment.  People can smell a con miles away.

Just this morning the Wall Street Journal did a feature on how Obama’s irking some hard core Democrats because he’s moving toward the center.  Funny how during the primaries, he ran left of Hillary to show he was loyal to the cause, but now in the general election he’s moving to the center.  It’s an interesting and well documented story in the Journal and it brings up the “perception” issue again.  As in the Jeremiah Wright case, he seems to conveniently move in the direction he needs to for political expediency.

It leaves the perception that when you don’t have any real values, that’s what happens.


On the other hand, I had a few issues with the way Dr. Dobson presented his case as well. First – the speech he referred to was 2 years old, and his producers apparently just now discovered it because it’s gotten such wide play on Youtube and other places.  So it’s revealing, but not exactly “late breaking news.”

Second, as I listened to the broadcast, it’s harks back to the rhetoric of the evangelical right of the last decade.  As Dr. Dobson mentions, evangelicals have pushed the political influence button for years, but the dial hasn’t moved an inch on the abortion issue.

So my question is – how long before we realize that political power isn’t the best way to make cultural change happen?  Christians need to vote and be a vital part of the political process, but programs like Dr. Dobson’s today serve not to move the ball forward, but to raise money for the cause.

To his credit, Dobson is open to meeting with Obama, and I believe that type of engagement will do far more than trying to rile people up on the radio or TV.

We live in a different age – one of cultural engagement, rather than political influence.  When people of faith understand the difference, then the dial will move… 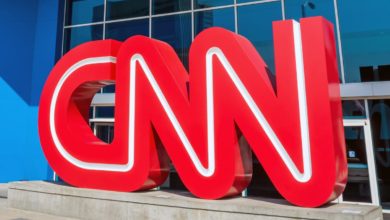 Phil Cooke with Paula Zahn at CNN on Mel Gibson