I wrote a post recently about the fake Christian protest at Electronic Arts to create a buzz for their new video game Dante’s Inferno.  I asked the question: Have real protests and boycotts by Christians become such a parody that even the secular world is staging them as a joke?    Some of my readers responded with the idea that we can’t just sit on the sideline, we HAVE to protest!   When we see things we disagree with, we HAVE to do something!

Sometimes, that’s correct.  But many times we hurt our cause when we protest or boycott without a real strategy.  In those cases, it’s actually better to do nothing.  In some cases, we’ve made offensive movies even more successful because of our protest, or put an issue in the spotlight that would have been better left alone.  In others, we’ve lost credibility in the culture because of failed or poorly executed boycotts.

Boycotts and protests can be dangerous.  During a recent gay pride parade I watched a TV news organization interview an excited participant.  He was wearing – and I’m not making this up – red leather chaps, high heels, and nothing else.  In the interview he kept saying, “We’re here to let America know that we’re normal.  We’re just like you.  We’re the same as your next door neighbor.”  His message – however sincere – was seriously undercut by his outrageous wardrobe.

Passion matters, but it isn’t a substitute for brains.  Know when to speak up and when it keep silent.  There’s a good time for each.

The Decline and Fall of the United States 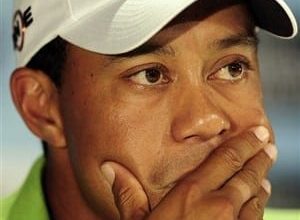