Over the years, various magazines have published annual lists of the fastest growing churches in America, the largest churches, and other similar stats. In the non-profit and ministry space, there are similar lists based on size, income, outreach, etc. I understand the desire to know who’s doing what, but outside of IRS or governmental regulations, do lists really matter?

After all, if we’re supposed to be a counter-cultural force in the world, why do we keep using the same metrics the world does to measure our effectiveness?

First, many of those lists are generated from data supplied by the churches themselves. But in many cases, that data is suspect. I once was asked to work with a church who year after year was at the top of the “fastest growing churches in America” list. But what I saw during my visits completely contradicted that statistic. So I called the magazine and suggested they do some fact checking. Sure enough, the next year, the church was dropped completely. Apparently the church had been spiking the numbers to look better. Good thing, because within a year or so, the pastor announced his divorce, membership kept dwindling, and soon after, the facilities went up for sale. So within less than two years, the church went from being the fastest growing church in America to selling their building. While not every situation is that dramatic, any researcher can tell you that these types of reports are often suspect.

Second – and even more important – is that our assignment on the earth is different than Apple, Google, or Bank of America. It’s even different than United Way, the American Cancer Society, or the Red Cross. Central to our mission is the message of the cross. We aren’t of this world.

We should be countercultural.


And yet we measure our work the same ways everyone else does. The bigger the church, the more successful we think it is. The more stations a media ministry is on, the better we believe it is. The more money people give to us, the “more effective” we believe we are. A pastor with a bestselling book is more popular.

Any suggestions for this dilemma? I’m not sure how to measure the work of a church – or if we need to “measure” it at all. But either way, if we’re going to make an impact in the culture, our standards need to be different from McDonalds. 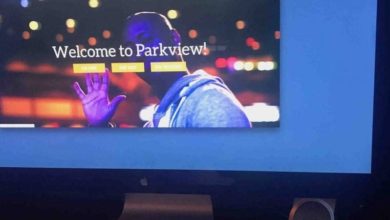