This front page article from the LA Times presents an interesting dilemma for thousands of Christians.  Is downloading wrong?  I have to admit – just the presence of the article on the front page of one of America’s largest newspapers doesn’t make us look too good…  What do you think?

Some Christian music fans believe digital downloading is a way to spread the Word. Other voices tell them: Thou shalt not steal.

Regina Kennedy prides herself on being a good Christian, so when the pastor at her Pentecostal church in Delaware called it a sin to download gospel songs without paying for them, her heart began to race.

The out-of-work driver went home and stared at her download collection, which included artists such as Yolanda Adams, Kirk Franklin and others. “The songs are so beautiful, and I couldn’t afford to buy them all,” the 43-year-old said. “I just didn’t know what to do.”

In the end, she deleted every song. She’s still not sure, though, that she was really stealing. “I don’t know what to think, really.”

Kennedy is hardly alone among conflicted fans of Christian music, but her decision to erase her library does set her apart from most of them, especially younger ones. Surveys show that born-again Christian teens are just as active in stealing and swapping music as their secular peers who pinch the latest Eminem rap hit or Kelly Clarkson power ballad.

Take Matthew, a 13-year-old who attends Hewes Middle School in North Tustin and attends youth programs at nearby Red Hill Lutheran Church. Asked if it’s wrong to take songs for free, he answered: “No, because the artists are making billions of dollars anyways.” Another kid at Red Hill, 16-year-old Mike, a student at Beckman High, said that music is beyond commerce or at least beyond the cash register: “They should give it away ’cause it’s art anyways.”

Those attitudes, along with the arrival of an edgy and restless new generation of artists and lean times in the music industry, have created a clash between familiar imperatives: Spread the Word and Thou shalt not steal.

“We are all conflicted, it’s true,” said John Styll, president of the Gospel Music Trade Assn. “This is not a business first, but it still must be a business at some point to keep going.”

Styll’s association was behind a campaign called “Millions of Wrongs Don’t Make a Right,” which used well-known Christian artists as spokespeople against piracy, but Styll said the perception lingers that all music stars are fabulously wealthy, and he wonders how effective they are as voices in the debate anyway.

His association is preparing to go to youth events and organizations in coming months with presentations that frame the question of digital downloading as a purely ethical issue. That’s a far different tack than the mainstream music industry, led by the Recording Industry Assn. of America, which has used legal action and language to spook young pirates.

“The RIAA feels it can’t address it as a moral issue, but we certainly can, and our audience should be more receptive to that,” said Styll, who seemed plainly exasperated with the notion of young churchgoers taking music illicitly. “It’s like stealing. You wouldn’t walk into a Christian bookstore and steal a Bible off the shelf…. some fans say, ‘This music is made to spread the Word, and I’m just helping.’ Well, this is also about people’s livelihoods.”

It’s hard to imagine fans with music tastes eclectic enough to embrace all the artists on that list. But as a collective, the sector just got some great news. Christian music sales, both on CD and via paid download, over the first six months of 2006 were 11% higher than during the same period in 2005. That double-digit surge stands in stark contrast to the rest of the music industry, which experienced a 4% decline during the same time period. And no other genre has a 2006 sales jump anywhere near the level of the Christian sector.

When the six-month numbers were released, industry leaders said the figures showed that efforts such as the “Millions of Wrongs” campaign were making in-roads. But that view may be a leap of faith, says Joe Fleischer, chief of marketing for Big Champagne, a top barometer of online media activity.

Fleischer said the uptick in Christian music sales was more than matched by a jump in Christian music that was traded on peer-to-peer networks, e-mailed as file attachments and (the new popular mode of youth distribution) via digital files tucked into instant messages.

While much new revenue came in, more was missed, Fleischer said, adding that the same zealous fans that are taking their music for free are also minting new stars for a genre that is amid a major crossover into mainstream rock.

“That increase in sales is driven by what’s going on with these newer acts, and all of that is happening on the Internet,” Fleischer said. “Bands like Underoath.”

Underoath is a Florida hard-core band whose spiritual message is delivered with a sonic style not intended for the faint of heart. The messages too are far from the psalms or greeting-card sentiments that the term “Christian music” conjures up. Take its wrenching song on abortion, “Burden in Your Hands”:

So they take your life before your first breath / When will it stop, the killings continue / Babies die every day because of a pro choice made / Helpless and innocent they are put to death.

The six-member band shocked the music industry in June when its most recent album debuted at No. 2 on the nation’s pop charts despite zero airplay on mainstream commercial radio and no presence on MTV.

It wasn’t a surprise to fans who visited the band’s page on MySpace.com, the Internet portal that has become a pop culture echo chamber. On the Underoath page, the digital player shows their songs have been listened to close to 17 million times.

The upheaval in Christian music circles isn’t limited to rock and edgy youngsters.

The traditional Nashville scene, with its country-tinged sound and its Heartland appeal with artists such as Amy Grant and Steven Curtis Chapman, has lost jobs, Styll said, especially because the revenues for artists are limited by lower royalty payments from church and religious outlet performances. That has made the trade association especially stern, but it’s set the stage for maverick attitudes as well.

Take singer-songwriter Derek Webb, an up-and-coming Christian recording artist who has not only received good reviews for his tour but also a flurry of coverage in industry outlets such as Billboard magazine. The reason? He’s opted to give away a full download of his new album for three months on the Internet. He had sold 17,000 copies (both as CDs and downloads) since its December release and has given away 50,000 more since the download offer began in September. In exchange for the free music, he asks only that fans give him the names of five more people to e-mail about his music.

The idea came to him after he sold enough copies to break even financially on the project. The free-
music period will pay off in the long run, he says, by building his career and also spreading the spiritual message of his music. His concerts have, in recent weeks, jumped from audiences of about 100 to crowds of 500 and more, he said.

“I can’t think that’s a coincidence and all of this, it’s a huge part of my future,” he said. Webb categorizes his music as songs of protest in an industry more comfortable with shiny happy platitudes.

“I don’t think most Christian music is very good — I don’t like it and I don’t listen to it,” the 32-year-old Nashville singer said. He pointed to the growth of rock and metal acts with Christian messages that use the Internet to bond with young fans and sidestep the traditional industry mechanisms. “Forgive me for saying it this way, but that looks a lot more like Jesus to me than packaging some album and telling people what to do with their art. ”

In a Times entertainment poll this summer, teens were asked about downloading songs from an unauthorized file-sharing network. Among those who identified themselves as religious (of any faith), 63% said they would never do it. Among teens who did not describe themselves as religious, it was a similar proportion at 61%.

Those numbers didn’t surprise Styll because he had seen even more distressing stats when his trade association commissioned a study in 2004 by the Barna Group, a Ventura research and strategy company that focuses on young Christian consumers.

That survey found that about 1 in 10 born-again Christian teens believe it is morally wrong to take and share songs. The ones who do have second thoughts often said that they felt the religious connection the music provided them made it all less objectionable.

“What we’re seeing is young people and youth pastors are bringing this moral perspective that, well, it’s not exactly right to download the music, but from their point of view they’re doing it for greater good, and in their minds that offsets it to some degree,” said David Kinnaman, vice president of Barna Group.

Top executives in the Christian music industry have lobbied on Capitol Hill for protections for music and other copyrighted material. But the tougher rooms to win over are at church halls such as the one at Red Hill Lutheran Church.

At any given time there about 120 kids in the programs, from fourth-graders through college-age young adults. Isaiah Coughran, co-leader of the church’s youth ministry, noted that the congregation is relatively affluent, so the youngsters who take music for free have other options.

“The kids here are split on it. We get both ends, for sure — the kid that has 7,000 songs and the kid that won’t do it because it’s stealing,” Coughran said. “We want them to make their own decision, but at least be aware of the issues and talk about them.”

Some of the kids chew on the debate for a minute but then swallow it with a shrug: “They’re teenagers and they say, ‘It’s what I want to do,’ and that sort of flattens the argument for them, just like with anything.”

Coughran himself was in a Christian punk-pop band called Value Pac that got as far as a record contract on an indie label. That’s when Coughran noticed that their music was available on Napster and pinging through the Internet for free.

“For me, I was actually thrilled, because part of what I wanted to do was share the message of the music,” he said. “And one big way to spread the Word — any word — was Napster, right? I wasn’t doing it so much for the money, so the message was more important to me. It’s different if you need to do it for a living, though, isn’t it? That changes everything.” 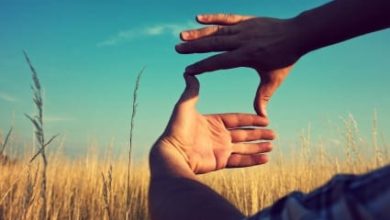 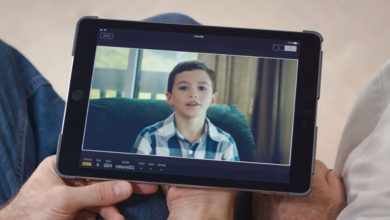 In The Digital Age, Childhood Has Changed