In the old days, directors were contract players, so they were directing nearly every day of their career. But in today’s freelance film and video world, most directors aren’t shooting more than once every two or three months. As a result, many directors don’t understand how to act on a set or how to lead.  Here’s five things that have made an important difference for me on a film set or in a TV studio:

1) Do your homework.   Once you get to the studio, the cash register starts ringing. You’re spending too much money to brainstorm, so that should have been done before you arrive. From the moment you show up on the set you should be ready to make decisions. Obviously things will change, and be open to better ideas, but standing around on the set trying to decide what to do will cause the crew to lose confidence in you.

2) Don’t be a jerk.   There’s enough pressure on a film set without an immature director losing control. Remember this: Once you start yelling, you’ve just sent a message to the crew that you’re out of ideas. Don’t let your insecurities or fear get the best of you. Stay calm. Be nice. When things get tough, that’s when you need the loyalty of your crew most of all.

3) Always be open to ideas from unexpected places.   I was shooting a TV commercial in Houston once and was stumped. We had changed the spot during shooting and were trying to decide a big payoff shot for the end. Nobody had a good answer, until a low level prop assistant made a suggestion. It was brilliant, and it saved the commercial.  I was glad I was listening.

4) Be confident.   The crew is looking to you for answers and they need to know you have a vision and everything is going to be alright. Even if you don’t know the answers, don’t let them think you’re lost. Don’t be afraid to ask for help, but be a leader. The set will fall into chaos if the crew starts believing you’re not up to the task.

5) Finally, lavish credit on the crew.   This is your team. They’re the key to making you successful. Forget the arrogance. Dump the pride. You’ll be amazed at the ideas, innovation, and unexpected answers they’ll come up with. Encourage them, and they’ll reward you with an incredible effort.

The Power of “Doing” 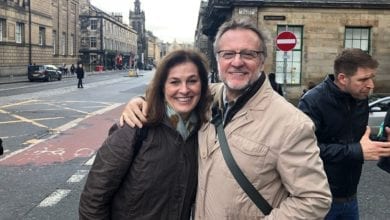