So many faith based television and radio programs depend on “direct response” advertising, it might be good to discuss exactly what that means. Direct Response Advertising, could be translated to mean: the technique of getting people to act now.
In the advertising world, there are four types of commercials:

1) Image / Awareness Advertising. They are “positioning” the product in your mind. That’s because in the image advertising world we operate from what we call “impressions”. Research differs, but it generally takes 17-23 impressions before someone is likely to walk into a store and say, “I’m going to buy those Nike tennis shoes.” Impressions could be a print ad, a billboard, a TV spot, or a radio commercial, and when they add up, buyers act.

2) Evangelism: The Mormons probably do this better than anyone. They put more money and effort into it on a national basis, largely because they’ve learned how to get individual churches to work together and pool their financial resources to make spots that are compelling, high budget, and effective.

3) Public Service Advertising: This is an area of advertising that churches and ministries could use to address social service issues. Competition is really tough.

4) Direct Response Advertising: If image advertising plants a seed in the mind of the viewer or listener, then direct response gets them to act now. This form of advertising used to be the ugly step child of image advertising, but today, companies across America have discovered that DR works, and can generate phenomenal results.

To make that happen effectively, here are the critical keys to successful direct response advertising:

1. Direct response works in multiple formats. Most of us immediately think of TV infomercials, but direct response is simply presenting a product or service, and then putting up a phone number and web site to encourage people to contact you immediately. So you can do it in print and radio, and do it far cheaper in those media, so don’t forget those alternatives when thinking of direct response.

2. Testimonies are the focal point of an effective direct response campaign. I’ve discovered that the audience can hear a program host talk until he or she is blue in the face, but when they see the testimony of someone who’s life was changed because of the product, that’s when they decide, “Wow! If it works for that guy, maybe it can work for me.” We know that phone calls generally spike up during testimonies, because that’s when it hits home to people, and they respond.

3. Demonstration is Vital. People want to see how a product or service works, and that’s why all the secular infomercials on TV demonstrate the product. Does the gospel work? Does salvation work? Can people’s lives really be transformed? Let’s demonstrate it.

4. Length is important. Unless your product or service is already known by everyone watching the program, I don’t recommend you ever do a 30 second DR spot. Frankly, you have to get the viewer off the sofa and over to the phone, then get him or her to write down the number and call. You simply can’t do that in 30 seconds. In image advertising, McDonald’s, Nike, FedEx, or others make it work in 30 seconds because they’re just trying to present a good image or feeling. But in DR, you want them to act. So don’t be afraid to stretch it out.

5) Long Form Direct Response: Basically, we decide to make a 30 minute program when the product, service, or message is something that really needs extensive explanation, or, if it’s a complex concept. But in those cases, you can’t forget that people are tuning in and out of your program every 7-9 minutes (which is true for any program). Therefore, most half hour infomercials you see on TV are not really 30-minute shows, but they are three, 7-9 minute shows. Because we know that people are tuning in and out throughout that 30-minutes, we want to make sure we demonstrate the product, show a testimony, and give people an opportunity to order during that time.
Keep in mind that the audience of your program is not a lake, it’s a stream – constantly changing and constantly moving.

Direct response needs to be hip and contemporary. Make it cool, and make it look good. You don’t have to be cheesy and cornball to be successful at direct response. But now they’re creating a new generation of infomercials that looks more like an episodic drama. There’s no hard-sell. It’s more dramatic, and the audience gets caught up because of the story, but the ultimate goal is still to sell those knives. So infomercials are moving from cheesy-land to being very cool, very contemporary, and very hip.

So remember that direct response advertising can be very effective, when you use the right principles and techniques to get people’s attention, and get them to act. 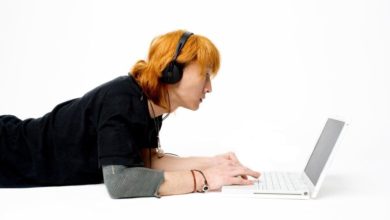 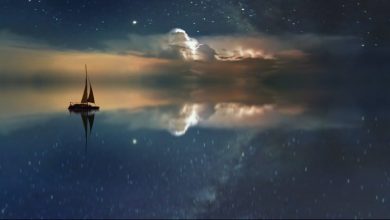 How Dreams Can Impact Your Creativity