I received an interesting note a years ago from the late Mary Hutchinson from Inspired Direct, a direct mail and fundraising company for non-profits, churches, and ministries.  Her note really shook me, because it indicts so many national media ministries.  READ THIS.  It will be worth your time:


Phil:
I got involved in Christian TV more than 30 years ago because of one thing: it had the ability to reach huge numbers of people with the gospel —people who never would set foot in a church.  I was not really interested in changing the culture, or any political agenda, or being entertaining while promoting Christian morals.  It was evangelism that caused me to dedicate my career to helping dozens of these “broadcast ministries.”

Today I feel betrayed by the “industry.”  (Let’s call it what it is.  With the billions we have raised, it is indeed an industry.)

Two months ago, I set out to test the responsiveness of a few dozen of these ministries.  I selected small ones, giant ones, evangelicals and charismatics, across all the major Christian networks.  Many I knew personally, some I have worked with and some I had never heard of before I began the test.  But I was confident that if I asked any of them about the primary reason they were on television, they would say without hesitation: “To win the lost.”

Apparently, someone forgot to send this memo to their back office.

I drafted a very simple letter under an assumed name.  I thanked the ministry for being there and then asked how to accept Jesus into my heart.  I enclosed a $20 bill and listed my address in a bit of an unconventional way.

After 45 days, I had heard from more than 95% of them.  But sadly, less than 25% addressed my question about salvation in a direct, easy to understand manner.  Think about that for a second.  If we are really about evangelism, how could this be?  The most impressive of all responses was a simple letter from a smaller ministry that walked me down the road to salvation.  It was personal, direct and spoke to me from the heart.  A few others had small books dedicated to doing that as well; they just presented it in a more formal manner.  Another 20% sent me packages that contained a book, or a handful of books and DVDs, but none gave a direct answer to the most important question of all.  In fact, one up-and-coming TV preacher sent me such a large package of “stuff” that it cost him $8.10 to mail it to me!

From a seeker’s point of view, how would you know what to do with all of this stuff?   The rest—the majority—did not respond at all to my question.  I was thanked for my gift and put on a direct mail list.  I received magazines, newsletters and lots of stuff.  But no answers.

By the end of the test, I was shocked, sad and angry.  But here is the truth: I think all of these preachers would be horrified to know this happened.  But they are too busy to know about it.  They have messages to write, funds to raise, personal and personnel issues and TV programs to produce.  They trust their managers to know their heart’s desire and make it happen.  I think they would also be horrified to know what else I learned as well: More than 80% of the ministries either failed to thank this new donor (the one that cost them between $70-$300 to acquire) within a month’s time, or they didn’t have a system to notice and fix the minor address issue—an issue that is hurting (and costing) them every day.

We should ask them:  Are you one of these TV ministries?

If I could face them this would be my challenge.  Today, ask the senior person in your ministry to tell you what happens when some asks in letter form about salvation.  But don’t stop there. Then have your secretary test the system on the side.  Know what really happens.  Meanwhile, make sure someone is always looking at your ministry from the viewers’ living room.  Someone has to be an advocate for them.  They are a silent, invisible audience that is easy to overlook.

First – I’d love to hear your reaction to Mary’s note.  I’ve always felt that most media ministries are in bad shape from an operational standpoint, but I had no idea it was this bad.  Have you experienced anything like this?
Second, if you think you’re one of these major media ministries, you should call Mary and find out how your organization in particular responded (I hope she’ll give you that info).
Third, I highly recommend you talk to SOMEBODY about auditing your ministry systems to make sure you’re actually doing what you SAY you are.

Are Your TV Viewers Ready for the Switch? 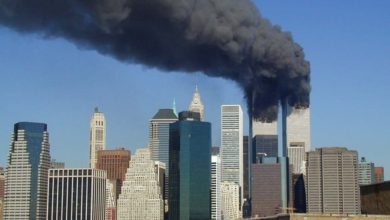