A few years ago, a friend discovered wrongdoing on the part of her boss – who happened to also be her brother.  She was perplexed about how to reveal the deceit, but eventually decided to act.  Her problem was she went way over the top, and exposed her brother in a very public and humiliating way.

Reacting in anger and being forced to retaliate, he ended up having her fired, and in the process, was able to sweep his wrongdoing under the rug.  So what could have been an important revelation that could have benefitted the company, as well as my friend, only ended up getting her fired.

If you decide to confront a co-worker or employer about anything at all, don’t back them into a corner.  With no option, they’ll often fight back with shocking anger – and sometimes with resources you never expect.

Instead, give them a way out.

There’s a great story about Winston Churchill at a dinner for Commonwealth dignitaries one evening.  During the meal, the chief of protocol approached Churchill and quietly informed him that one of the distinguished guests had slipped a silver salt shaker into his pocket.  Rather than publicly confront the dignitary about the obviously stolen article, at the end of the meal, Churchill simply walked up to the offender and produced the matching pepper shaker from his own pocket. “Oh, dear,” he said, “we were seen. Perhaps we had both better put them back.”

Crisis averted.  Stolen item put back.  In that moment, the culprit realized Churchill knew the truth, but he was allowed a moment of grace.

Next time you have to confront someone, remember the silver salt shaker. 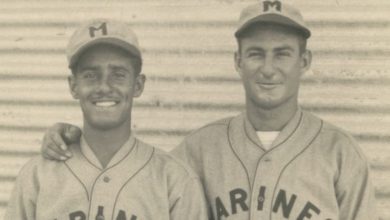 Leadership Levels: “He Did it Wearing My Pants”