If you read the article by Read Mercer Schuchardt on my last blog about how cinema is the new cathedral, you’ll be interested in this “Variety” column by Brian Lowry on the “confessional” nature of TV. Based on the study that 25% of Americans have no one to confide in, you’d never know it, watching daytime TV, where everyone’s confessing everything…

“STUDY: 25% OF Americans have no one to confide in,” declared the recent front-page headline in USA Today, again demonstrating the symbiosis between time-wasting science and trend-hungry journalism.

Americans don’t have enough people to confide in? Um, hello, has anyone watched TV lately?

The idea of “confiding,” after all, involves relaying information one wishes kept secret — or, in dictionary terms, “to disclose private matters in confidence.” Yet everywhere you look, people are filing onto network morning shows, syndicated afternoon tell-alls, unscripted dramas and primetime cable news to spill their guts about the most intimate situations and feelings.

In this Oprah-ization of not only America but indeed the world, every tragedy or personal ordeal quickly becomes public domain. In that context, the problem isn’t lacking people to whom we can confide. It’s that too many have lost any sense of propriety about cloaking even the most sordid details of their lives.

Granted, the study’s comparison of self-reported social outlets in 1985 versus 2004 does reflect the ways in which the traditional social fabric has been reshaped — a phenomenon Harvard professor Robert Putnam articulated in his 1995 essay later expanded into the book “Bowling Alone,” which saw the decline of bowling leagues as a metaphor for the breakdown of community.

Media has played an integral role in this evolution, giving birth to online communities connecting everything from bird watchers to “Battlestar Galactica” fans. Frankly, the jury is still out on whether such Internet relationships are more deleterious to society’s collective mental health than gossiping with a neighbor, though based on email from political zealots and “save our show” lobbyists, cyberspace does tend to breed certain delusions that one’s passions are shared more widely than the 20 people in a chat room. (While we’re at it, I could also do without overhearing revelations from self-absorbed cell-phone users, the most recent coming from a Beverly Hills passerby blithely discussing her upcoming surgical procedure.)

At its core, the Duke U. survey’s point about confidants ignores how the very nature of privacy has changed, with families lining up to expose parenting problems (and thus, their minor children) to public scrutiny in such series as “Supernanny,” “Trading Spouses” and TLC’s twin tandem of domestic discord, “Honey, We’re Killing the Kids” and “Shalom in the Home.”

This month also marked the season premiere of “Foursome,” Playboy TV’s reality show in which four previously unacquainted singles are thrown together for a 24-hour double date, where they drink liberally before dutifully pairing off, almost without exception, to have sex for the benefit of night-vision cameras. If nothing else, it’s the most honest of TV dating shows — a forum for exhibitionists focusing on hot-tub titillation minus the pixilation, as opposed to programs such as “The Bachelor,” which promote permanent liaisons that almost never materialize.

Nowhere, however, is the TV lens more intrusive — and attentive — than when it wallows in personal grief, beginning with the almost nightly procession of victims’ families that line up for their interviews with Greta Van Susteren and Nancy Grace. The one note of irony, in fact, in the furor over Ann Coulter’s sneering remarks about the Sept. 11 widows exploiting their fame is that the news programs debating whether Coulter crossed the line never appear troubled by a second thought about capitalizing on emotionally distraught relatives.

Celebrities provide the other key ingredient in this grand porridge of sharing, the latest being the mini soap opera surrounding Star Jones Reynolds’ departure from “The View.” Displaying a true mastery of the game, Jones Reynolds offered soul-baring insights to “Larry King” and NBC’s “Today” — discussions which probed, among other things, the topic of gastric bypass surgery.

Somehow, though, amid this confessional wave, Americans are supposedly suffering from a dearth of legitimate confidants.

Maybe that’s so, but in the absence of finding the Internet generation some real friends to whom they can privately vent their spleens, how do we get them to shut up? 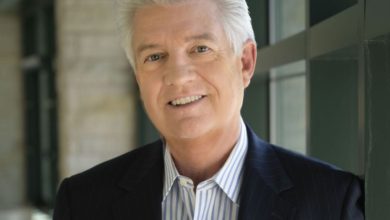 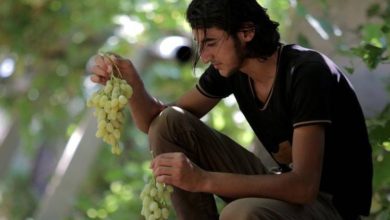