There are two issues that I’ve been thinking a lot about recently, that in my opinion are moving the church backwards – in a positive way.  First – what I’m calling “The Open Media Revolution.” I just turned in a new book manuscript on the subject, and there are two things worth thinking about.  First – technology has given us the ability to interact with each other, and have a two way conversation – think Instant Messaging,  email, PDA’s, Twitter, texts, and more.

I grew up with media being one-way as in network television.  Whatever they showed, we watched – no questions asked.  Today, it’s different.  Second, this method of conversation happens to be the language and lifestyle of the millennial generation.  This is the first generation that was born into computers, and they understand them in a way no other generation before them has.  They also grew up knowing they could pick the next American Idol by texting on their cell phone.

So they want a voice.   The intersection of these two issues are about to change everything we know about communicating.  It will change the way we do media, business, education, and even worship.  Pastors – it’s not a one way conversation anymore.  Figure out a way for your congregation to interact – to talk back – and to let their voice be heard.

I bring it up because the two way model is the model of the early church.  While teaching has always been an important element of church life, the early church wasn’t as “preacher-centric” as it is today.  Today, a church lives and dies by the personality and gifts of it’s pastor.  But the early church knew better.  During a typical worship experience many voices were heard from, and the services focused on being a dialogue, not a monologue.  But since that time, the worship service has been “farmed out” to the professionals.  Fortunately, technology and a new generation are setting the stage to take us back to that two way experience, and I think the church will be better for it.

The other issue is the Multi-Site phenomenon. At first, I wasn’t much of a fan until I started thinking about the cathedral model in the Middle Ages.  The major cathedrals throughout Europe had services, but their main purpose was to be the “mothership” to all the local churches in their region.  The cathedral trained pastors, had music education programs, were the center of doctrinal teaching, and provided the resources, leadership, and often financial help to all the smaller churches in the area.  And today, the multi-site model does the same thing.  A large mega-church in a major city, now is sending out many other campuses.  But the main campus is the center for training, teaching, finances, and other types of resourcing.

In my opinion, it’s the second wave of the mega-church phenomenon – it’s taking the church back to smaller, local congregations, but this time with the help and support of a much larger “cathedral” if you will.

What are your thoughts on those two ideas? 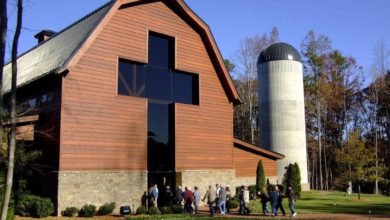 The Billy Graham Library: Serious legacy or Disney-style Attraction? A Lesson in Branding 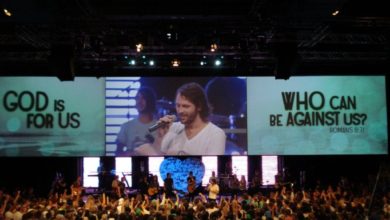