If you read my book “The Last TV Evangelist” you understand that we’re going through the greatest period of disruption and change since the invention of the printing press.  In the Christian world, two significant things are happening:

First, technology is changing the way we communicate.  Traditional media is giving way to social media, and while TV and radio aren’t going away, they are undergoing dramatic changes.  With the advent of the Internet, media has become a two way conversation, and a new audience wants to be part of the story.  For instance, the millennial generation grew up picking the next American Idol by texting on their cell phone.  They want to be involved.  This shift will impact media, business, politics, education, and even worship.  It will change everything.

Second, from a demographic perspective, the donors who built the major media ministries of the last few decades are disappearing, and being replaced by a new group that doesn’t share the same values and priorities.  My opinion is that we have 8-12 years left with the donors that built the major Christian ministries we see today. However, that demographic group is shrinking fast, so we’re already seeing a real slide. The former donor base that was focused on giving for expansion – particularly building projects – is now being replaced by a generation more interested in great causes. Tomorrow’s donors are more focused on building water wells in Africa, redeeming slaves in the Sudan, or helping the homeless here in America. The question that hasn’t been answered yet is how to convert them from passionate supporters to actual givers. On that subject, the jury is still out.  After all, this is the generation that grew up on Napster, and believes everything online should be free. It will take some time to change those expectations.

Most media ministries have never had to listen, and they struggle with change.  With that in mind, here’s what I predict:   As donors stop giving to the same old traditional Christian TV appeals, here’s what will happen:

1.  Many of those ministries will panic and start doing “emergency appeals.”  We’re seeing some already.   There’s enough of the older donors left who respond to these appeals, but the income will be short lived.  The ministries will discover the long term PR damage won’t be worth the short term financial fix.  It will leave a distaste – particularly with a younger audience – who will turn elsewhere with their support.

2.  They’ll bring in the fundraising “A Team.”  You know the guys – the same few that always appear during telethons.  In fact, they’re appearing on so many different Christian TV networks these days, it’s hard to tell the networks apart anymore.  Telethons will increase as panic increases.

3.  Some will close their doors.  The really hard core ministries will refuse to acknowledge that the lights at the end of the tunnel are the lights of an oncoming train and just keep driving into oblivion.

4.  A fortunate few will see the shift coming and respond accordingly.  They will realize that with a handful of exceptions, the day of the big media ministries is over, and re-tool to reach a new generation in a new way.  They’ll control spending and streamline strategically to get through the transition, while working on a longer range media strategy that connects to a new generation of donors.

Brace yourself.  Whatever you like or dislike about religious media, it’s about to get worse.  Most of the media ministries you see today are already struggling, but too many refuse to see the reality of the change they need to make.  There are answers, and if you’re one of those ministries, my recommendation is to see  the handwriting on the wall, track the shifting culture, listen to your audience and donors, and get the right advice.  With the right strategy, you could emerge on the other side stronger than ever.   Different for sure, but potentially stronger than ever. 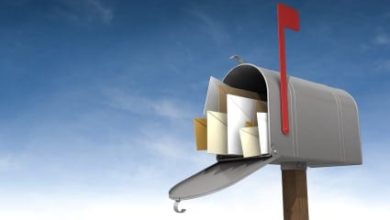 A Shocking Response From Many Major TV Ministries

Fundraising – My Take on the Methods