From time to time, I like to highlight examples of people who are creating compelling media from a Christian perspective.  Recently, I met with Karl and Jane Faase from Olive Tree Media in Australia about a new television series they recently produced.  As a big fan of the style of Anthony Bourdain’s program on CNN, I was immediately fascinated with the style of their series “Jesus The Game Changer.”   I asked them about the show and here’s what I found out:

What motivated you to create Jesus the Game Changer?

A growing number of people now believe that the Christian Church is a negative influence. They want to take the Christian voice out of the public square. Educational institutions and political arenas are now deemed ‘off limits’ for anyone with a Christian worldview. Yet the values we hold most dear in western democracies are directly attributable to the life and teaching of Jesus.

What influence do you hope the series will have?

What Christians need right now is confidence. In societies that stridently question the teaching of the Bible, Christians have lost heart. They are cowered into fearful silence. Christians can be confident that their faith stands on solid ground and that it holds up to scrutiny in both history and philosophy.  In current debates, the influence of Jesus on culture has been largely lost or ignored. We want to communicate that western civilisation would not exist if it were not for Jesus.

What subjects do you deal with in the episodes?

There are 10 episodes looking at topics such as the equality of all people, care for the poor and needy, humility and service in leadership, truth and scientific development, forgiveness and justice, democracy and freedom.

Who did you interview for the series?

We interviewed 35 academics, commentators, and authors in more that 20 cities in the USA, UK, India, Singapore and Australia, including Rodney Stark, Vishal Mangalwadi, Eric Metaxas, Paula Gooder and John Ortberg.  The series will also tell the stories of people around the world who are game changers because of their faith in Jesus. For example we spoke with Christine Caine in Los Angeles about her work with rescuing women and girls from sex slavery through A21, and Jossy Chacko on establishing Empart’s ministry to the most unreached people groups in the world in northern India. We also have biographers telling the stories of some of the ‘giants of the faith’ like William Wilberforce & Dietrich Bonhoeffer.

How will Jesus the Game Changer be used?

Jesus the Game Changer will be a 10 part documentary series distributed on DVD and digital download as well as being broadcast on Christian stations around the world. As a Baptist pastor in Australia, I’m passionate about the local church and resourcing it with quality material. Jesus the Game Changer is designed for use in churches and bible study groups. Discussion guides and extra resources will be available through the free app and our website.

When will the series be released?

Jesus the Game Changer will be available from July. The best way for people to keep up to date on its progress is on our Facebook page: www.facebook.com/jesusthegamechanger 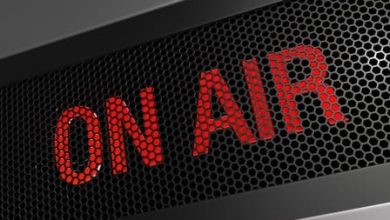