There’s been a lot of interesting discussion here lately on the scandals, alleged misconduct, and outright stupid behavior from some pastors and Christian media leaders. It brings up an interesting point, not the least of which is the wave of problems, all happening at the same time. There are some common themes with the criticism, and one that bothers me a bit is the tendency to compare a major, international ministry with a local pastor.

The truth is, from a practical, operations standpoint, running a major ministry with global implications is a whole different ballgame from running a 75 member congregation in Butte, Montana.

Yes – both roles need to be led by men and women of integrity. They need to be qualified, and they need to be called. But from an operational perspective, they’re vastly different. It would be similar to trying to compare the owners of a local Dairy Queen franchise with the CEO of General Motors, Microsoft, or Google. It takes an entirely different level of talent, skill, and ability – not to mention, vision.

That’s just on the personal side. On the financial side, it’s the difference in a yearly budget of $50,000 contrasted to $100 million or more, and some religious ministries and nonprofits today have income exceeding a billion dollars.

So should they work under the same rules?

Our company, Cooke Media Group, is a for-profit “C” corporation. The more money we make, the more taxes we pay, and there are different implications at different levels of success. In addition, as we’ve grown, we need to attract higher and higher level talent. Our team today has far more experience and expertise than I ever did when I was working by myself and in charge of the day to day operations.

So here are some thoughts that I’d love your comments on. And keep in mind I’m not an attorney or CPA, so if any lawyers or accountants want to chime in, we’d love to hear your ideas as well:

1. We have to stop making it appear that all large churches or ministries are bad. Lakewood Church in Houston is able to spend $30 million a year on missions, Joyce Meyer supports massive relief programs in third world countries. World Vision spends hundreds of millions on humanitarian work. Samaritan’s Purse is a massive global outreach. In terms of changed lives, and transformed circumstances, the impact of major Christian organizations like this can’t be measured. There will always be some bad apples, but somehow, we have in our minds that all large churches or ministries are not what God intended.

We think it mostly because we personally may be more comfortable at smaller churches or don’t really understand what goes on in large ministries. But I think we should reconsider, and stop automatically condemning churches and ministries just because of their size. Today, we live in the age of Google. Things are big. And if we’re going to impact the world through relief work, media, evangelism, or anything else, we have to think bigger.

2. From a financial and organizational perspective, we have to stop comparing the leader of a 100+ employee, multi-million dollar ministry to a pastor or leader of small, local ministries. It’s not an issue of better or worse, it’s an issue of appropriate skill. Many of these major leaders shoulder the responsibility of millions of dollars in budgeting, an incredible travel schedule, supervising a massive team, and often, operate in multiple countries. There’s a huge skill level that not everyone can handle. By contrast, other pastors or ministry leaders are more relational, and work marvelously in a smaller, more personal situation. We should celebrate and encourage both.

3. Perhaps the government should treat non-profit and religious organizations differently, based on their size. While both-sized organizations are doing similar work, the scale is vastly different. Just as I’m taxed differently the more profit I make with my for-profit company, perhaps we should evaluate large non-profits differently from small ones. Certainly, small churches and ministries could get a pass on nearly everything, while larger ones can afford to be monitored more closely.

4. Either way – we should make the rules more clear. I had a call yesterday from the CEO of a major media ministry, and he said, “If the rules were just absolute and clear. We’d do anything they asked, but the problem is, there are too many gray areas.” As a result, that organization is subject to Federal investigations, local harassment from a tax board who doesn’t like ministries, and as we saw years ago with Senator Grassley, anyone could be rounded up by a politician and investigated. Today, churches and ministries are forced to spend amazing amounts on legal and accounting advice just to keep abreast of the changing landscape out there. Why don’t we have one, clear set of guidelines that all non-profits can follow?

5. We have to figure out a way of fixing many of the moral and financial problems in-house. Jesus didn’t criticize the world, he criticized other believers. He was upset that the religious leaders of his day couldn’t understand the signs of the times. We’re back to that situation once again. How can we monitor our own house, so the government and outside media doesn’t have to? If we’re going to be a beacon of hope to the world, we have to maintain accountability ourselves, because when the world sees all these screw-ups, it simply makes us look irrelevant and stupid. Why would anyone want to be a Christian with this crazy stuff going on?

But how do we do it? 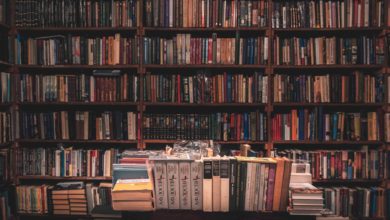 Knowledge and Ignorance Always Grow Together 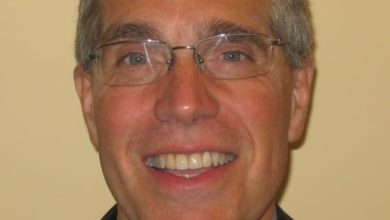