OK – over the last six months, we’ve discussed some pretty seedy stuff. TV evangelists getting divorces, and yet not missing a day in the pulpit or on TV, allegations of very weird financial and personal improprieties, and the strangest sexual stuff we’ve heard in a long time. We discussed it and debated it, and I think it’s time for a change. Our job isn’t to focus on the lurid, it’s to look ahead at the media possibilities out there. How do people of faith tell their story in a media driven culture?

Over the last six months, we’ve seen how people can screw it up, but the question remains, how can we do it better? So let’s start with some people who are doing it right:

First, let’s start with Miss HIV – a documentary film by Jim Hanon at Ethnographic Media. Powerful stuff. I saw it debuted at the Egyptian Theater in Hollywood a few weeks ago, and I highly recommend it. It takes a tough look at a difficult topic. Jim directed The End of the Spear, and Beyond the Gates, and I’ve been a fan of his creative ability for a long time. Check out the website and movie, and look for the upcoming projects Ethnographic Media is doing.

Second is Web Serials. Josh Sikora is only a few years out of college at Biola University and had a remarkable revelation. He wanted to be a “Hollywood Director,” and realized it would take at least 10 years to achieve that dream. However, Josh also knew that in 10 years Hollywood as we know it, might not exist. So he created Renaissance Pictures, and set out to build a web entertainment company that would reach the digital generation. His web based serials may one day change the way we watch movies and TV.

Finally, Scott Derrickson is in Vancouver right now directing Fox’s remake of the classic science fiction thriller: The Day The Earth Stood Still. It scared the daylights out of me when I was a kid, and Scott’s $80 million remake is going to be amazing. My wife Kathleen and I visited Scott and his wife Joyce on location last week, and he showed me the pre-visualization scenes, and it will be impressive. Scott’s a believer, and through sheer talent and skill is working his way through mainstream Hollywood. He directed last year’s thriller “The Exorcism of Emily Rose” and is on a major trajectory.

All these people are impacting the culture in original and innovative ways. They’re not preaching, they’re using their skills and gifts to tell the stories that are important to them. Instead of the mansions, luxury cars, financial questions, sexual issues, and more crap that have been heaped on a lot of Christian media organizations and personalities lately, it’s refreshing to see men and women who are creative, passionate, and committed to their faith and to their art. Let’s start celebrating these and others, and hopefully, the rest will fade into the sunset… 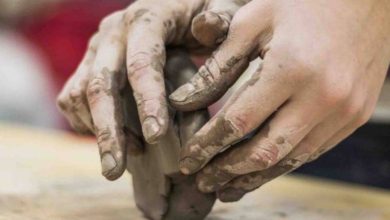