Change is hard.  Changing a church or ministry is even harder – sometimes, nearly impossible.  And yet we all know that in today’s world of disruptive, 24/7 change, responding well is critical to our success.  Jesus chastised the religious leaders of his day because they couldn’t read the signs of the times.   And yet, today those signs seem to be rushing faster than ever.

As you struggle with your leadership team,  employees, donors, or members of your congregation to try to shift their thinking – and before you jump out a window in frustration – it’s good to have a reminder of the reasons people work so hard to resist change.   Figure out which of these applies to you, and how to overcome it, and you’ll be well on your way to seeing the birth of a transformed organization.  Here’s a few key reasons why people resist change:

1.  Self-Interest.  Change is an unfair imposition on their territory.  Silos and walls happen, and people want to control their turf.  They need to exert control over their immediate surroundings, and want to feel like they have a say in their own future.  Like it or not, we human beings are territorial and want some sense of power.

2.  Misunderstanding or a Lack of Trust.  What people don’t understand, they will resist.  Just because you see why you need to change doesn’t mean they will.  Realize that you have knowledge they don’t have, so make sure you’re helping them understand all the issues and options.

3.  Differing Ways of Assessing Things.  People have opinions, and may see the cost as greater than the benefits.  As a supervisor, you might not think much of where the coffee break room is located.  But as a secretary, it could be very important.  That’s just a small example of how different issues and policies mean different things to different people.

4.  People Lack Confidence in the Decision-Making Process.  Sometimes they don’t believe all the relevant info has been included in the process, or they don’t trust the person in charge of implementing the change.  If they’re not confident that the cost is worth it, they’ll fight against it.  The key here is to be sure they’re aware or involved in process.

Knowing WHY they’re fighting change is half the battle.  I actually consulted with an organization who hated change so much they had department-wide meetings about how to get rid of me.  In spite of the fact that my changes brought in record fundraising, higher salaries, better equipment, and even got rid of their dress code.

Most people struggle with change, so you need to figure out where they’re uncomfortable.  When that happens, you can focus on what really matters – becoming the church or ministry you were meant to be. 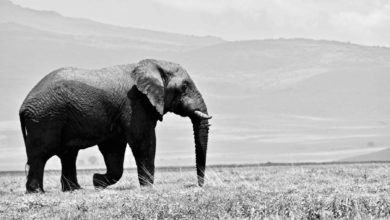