The United States Census Bureau released the startling statistic that teens will spend nearly five months (3,518 hours) next year watching television, surfing the Internet, reading daily newspapers and listening to personal music devices. That’s only one of thousands of nuggets of information on Americana and the world in the U.S. Census Bureau’s Statistical Abstract of the United States: 2007, released recently.
There’s much more, and it really calls to attention our need as people of faith to understand the media and it impact on our culture.

Recently I’ve been reporting on the Calvary Radio Network’s problems, but that’s just the tip of the iceberg.  There are many more current stories out there of pastors and media leaders making serious mistakes when it comes to the media.  We’ve got to get a handle on this before it completely destroys out voice to the world.  Look at the stats and see what you can do.  If you’re a media professional, a student, or someone interested in the media’s impact on the culture, what can you do to help your church, community, or local organization to understand the media and how to use it more effectively for sharing our faith? 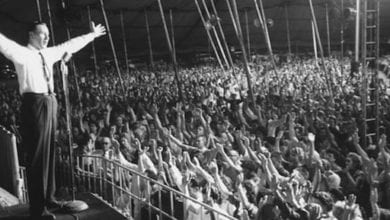