Watching the BP oil spill unfold in the Gulf of Mexico, is like watching a cautionary tale about handling a PR crisis. As a CNN Money reported stated in May:  “Oil giant BP has a marketing slogan dubbed “Beyond Petroleum.” If only that were true. That ad campaign has to rank up there with Toyota’s “Moving Forward” motto as the most unintentionally hilarious of the year.”  The spill is bad enough.  But what makes is much worse is the response from the oil company leadership.  Here’s a basic chronology:


First – They didn’t have a back-up plan.  They were drilling in a high risk place with high risk techniques and didn’t have a strategy in mind should things go bad.  Guess what?  They went bad.

Second – They highly UNDER-estimated the size of the spill.  Even after outside experts said more oil was coming out of the hole, BP refused to listen and stuck to their original story.  Guess what? Yep, it’s bigger.

Third – They downplayed the environmental impact.  Even as gulf fishermen feared for their very livelihood, an executive stated that he doubted it would actually have much of an impact on the environment.  Guess what?  Now they’re worried it’s going to Key West and up the eastern shore of Florida too.

Fourth – Once they stuck a pipe in the hole they (once again) underestimated the amount of oil it was picking up.  Only after a Senator put the video on his website and academics did the math did they realize it’s not funneling as much oil as the company said it was.

What should we learn?

1.  When a crisis happens at your organization, don’t make blanket statements without the facts.  Get your numbers in order so they can’t be disputed.

2.  Don’t be callous.  With many crisis situations, other people’s finances, families, or well-being may be at stake.  Take it as serious as they do.  Don’t generate the perception of being arrogant and unfeeling.

3.  Consider humility.  Sure you’re worried about the bad PR, but you’ll come off a lot better taking the high road.  Have a little empathy.

4.  Finally – get all hands on deck.  BP waited a long time before making big decisions.  When a crisis hits, don’t wait.  Get the big guns.  Get your best team on it and get on it quick. 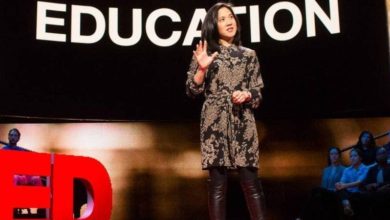 A Template for Launching Your Mission and Message