Check out this commentary by writer Bob Bonebrake, author of King of America on the portrayal of Christians in the media. Well worth reading:

It’s easy to spot the evangelicals in the movies these days. They’re the ones wearing the black hats.  We seem to be well into the era of the Christian bad guy.  Like the killer monk in The Da Vinci Code, more and more conservative Christians are being cast as the villains in popular fiction and political comment these days.  I’ve recently seen a host of television dramas with hypocritical ministers and priests revealed as murderers.

Christian writer John Wilson, in a fascinating essay in the Nov. 12 book review section of The New York Times, lays out a long checklist of new fiction with one or more vile, stupid or dangerous Christians playing the role of villain.  Wilson, editor of the Christianity Today magazine Books & Culture, lists Christian villains ranging from a charismatic psychopath in Henning Mankell’s novel Before the Frost, to evangelical bank robbers in Thomas Pynchon’s Against the Day.

These fictional characters follow on a recent trend in political comment demonizing conservative Christians. It is not unusual today to hear Christians labeled dangerous influences within the Republican Party and even as the weakest links in the American democratic system. Concerned Christians are being portrayed as influential bad guys just itching to pass laws to lop off the hands of those who violate the Ten Commandments.

Christians bring some of this criticism on themselves. By pushing high-profile hypocrites into the forefront of the movement they give critics an easy shot.  However, the fear of Christians taking over the democratic system and setting up an evil theocracy is groundless and silly. As a Christian, who has long been interested in contributing as much as possible to the American political system, I have come to understand that the views of Christians differ as widely as any other group. In fact, when you get beyond basics like the divinity of Christ and the necessity of evangelism, you find strong and healthy debate within nearly all fundamentalist communities.

True Christians understand that souls cannot be legislated into Heaven. In this sense they know that there is a deep divide between church and state. On the other hand, Christians have a right and obligation to participate in a democratic system. They are citizens, after all.  And, when things are operating correctly, Christians have much to offer a democracy. They provide that bit of leaven that makes the entire lump rise. They are the moral nags, whose “still small voice”, helps the system remember its better nature.

If society will strip off the Freddy Krueger masks they have placed on Christians, I think they will find concerned humans, interested in making the world a better place.  Not the monsters they expect. 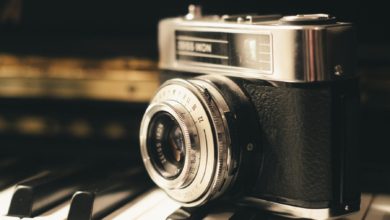