Today’s Los Angeles Times, and many other news sources are covering the interesting controversy about the upcoming opening of the Billy Graham Library in Charlotte, North Carolina. Charlotte is my hometown, and I have the greatest respect for the Graham organization, so I was very interested in what was happening in “Billy Graham country.” The library and museum is about to open, but the earliest viewers (even Billy himself) seem to be somewhat surprised at the results. While some like it – as a serious tribute to the remarkable evangelist – others believe it’s more of a tourist driven, Disney-like display that will ultimately cheapen his legacy. It’s really a question of following through with the Billy Graham brand. Did the designers consider how the viewers would interpret the look, feel, and style of the place? Does that reflect the image they want to project about the man and his legacy?


It’s a great example of keeping in mind the brand – particularly when we deal with “legacy” projects. Remember, the definition of “branding” is “the story that surrounds a product, organization, or person.” In this situation, does the story that’s told in the building, the structure, the exhibits, and the content tell that same story?

It will be interesting to see…

The evangelist’s life is honored in a hometown museum. But some think the Disney-like displays cheapen his legacy.

CHARLOTTE, N.C. — The other day, Billy Graham toured the showy museum that will soon open here to honor his six decades of bringing God’s word to the high and the humble.

America’s best-known evangelist walked through stage-set re-creations of the barn on his parents’ dairy farm; the canvas tent where he held his first blockbuster revival; a graffiti-scarred checkpoint at the Berlin Wall, symbolizing his crusades behind the Iron Curtain.

As Graham finished the tour, his son Franklin recalled, Franklin asked how he had liked the tribute. The gruff reply: “Too much Billy Graham.”

With Graham, at 88, in failing health, his family and friends have struggled to find an appropriate way to commemorate and carry on his work. A humble man who never saw a need to upgrade his cheap suits or his modest mountaintop home, Graham at first shrank from the idea of turning his life storyinto a tourist attraction.

Only when he was convinced that the project would serve as a perpetual crusade — a tribute not to him but to Jesus Christ — did Graham give it his blessing.

“The last thing my father wanted was to have a monument to himself,” Franklin Graham said.

The Billy Graham Library is intensely focused on the Gospel, with dozens of video clips of Graham quoting Scripture. But the $27-million museum also boasts a splash of Disney, and that’s troubled some of Graham’s admirers.

Their concerns start just inside the enormous glass cross that forms the door to the 40,000-square-foot museum. The lobby is set up like a barn to evoke Graham’s boyhood on a North Carolina dairy farm. Hens cluck on a soundtrack. A stuffed cat heaves a battery-powered sigh.

And amid bales of hay, a cow that looks uncannily lifelike begins to sing.

In a calculatedly Southern drawl — the first attempt at a voice-over was deemed too Yankee — Bessie tells visitors how a young Billy Frank used to practice preaching as he milked her. She invites children on a scavenger hunt as they walk through the museum, promising free ice cream at the snack bar as a prize. “Get moooving!” she urges.

Franklin Graham thinks the talking cow will teach children what he sees as the central message of his father’s life: that God can do mighty works with anyone who submits to him, even a poor farm boy.

But critics, who emphasize that they have not seen the finished museum, worry that Bessie may be too gimmicky, unbefitting Billy Graham’s air of dignity and purpose.

Eddie Gibbs, a senior professor at Fuller Theological Seminary in Pasadena, opened a recent interview about the library with an anxious question: “Is the cow still there?” His response to Bessie’s animatronic presence: “Oh, noooooo!”

“I would hate to see Billy Graham’s memory tarnished or cheapened,” Gibbs said.

Some of Graham’s five children apparently have similar concerns.

A Washington Post story over the winter detailed a rift in the family, with some heirs deriding the museum as tacky — like a Cracker Barrel restaurant, one reportedly said. Graham’s wife, Ruth, was quoted as calling the library a “circus” and rebuffing Franklin Graham’s pleas that she and Billy be buried there.

Among the children, only Franklin could be reached last week; he called the reports of a family feud overblown, and said he expected all of his siblings to attend the museum’s dedication Thursday.

“I’m humbled that anyone would want to honor me in this way,” he said in an e-mail interview. He added that he’d instructed Franklin and other museum designers “to point people to Christ rather than to make it too much about me.”

That emphasis on the spiritual disappoints some scholars, who wish the museum would also examine Graham’s political clout. There are pictures of him with every president from Harry Truman to George W. Bush, but visitors get no sense of what Graham said to those in power, or how his theology shaped his politics.

Graham’s views were forceful and complex. He refused to segregate his audiences, personally removing the ropes that separated blacks from whites during a 1953 crusade in Tennessee. Yet he opposed mandatory integration.

“His legacy deserves a critical look — it really does,” said Michael Long, editor of an upcoming book called “The Legacy of Billy Graham.”

“I would hope the museum would be very honest,” Long said, “but I would suspect it will be another piece of propaganda.”

The museum, which will not charge admission, was funded by private donations. Many longtime supporters of Graham’s ministry gave; the Charlotte business community, eager to support another tourist draw, also contributed. The exhibits were developed in part by ITEC Entertainment Co. of Orlando, Fla., which has created attractions for Disney and Six Flags.

Tourists will see several dozen artifacts from Graham’s life, including a poem written for him by rock star Bono; a medal from Queen Elizabeth; photos of him with Muhammad Ali, Johnny Cash, John F. Kennedy Jr. (After his father protested there was too much Billy Graham, Franklin took down some of the snapshots, but he couldn’t bear to strip them all.)

Most of the exhibits consist of clips of Graham preaching through the years, with the video screens tucked into re-created scenes from his life. Counselors will stand at the exits to pray with visitors who feel moved to give their lives to
Jesus Christ.

The multimedia approach impressed Laura Hill, a Charlotte tourism promoter. “It’s not as stuffy as you’d expect,” she said.

In the first year, the Billy Graham Library and Graham’s boyhood home (moved, brick by brick, to the property) are expected to attract 200,000 tourists. That’s double the number projected to visit the NASCAR Hall of Fame, scheduled to open here in 2010.

The anticipated crowds reflect Graham’s astounding reach. A Gallup Poll two years ago found that 35 million Americans — one in six adults — had heard him preach in person. Millions more have tuned in on radio or TV. Graham has appeared on Gallup’s most-admired list 48 times, far outpacing every other nominee.

Former presidents Jimmy Carter, George H.W. Bush and Bill Clinton are expected to attend the library’s dedication. The exhibits will open to the public June 5.

Prepping last week for the grand opening, workers laid out chips in the snack bar and surveyed the tidy gift shop, with its stacks of $12 Billy Graham ball caps and $10 stuffed cows wearing Billy Graham T-shirts.

Franklin Graham, meanwhile, was giving a tour — and making a mental note of last-minute details, such as the smudged fingerprints on a glass walk-through crucifix.

The man, Jon Silla, a local photographer, was there to take pictures for museum architects. Before unloading his cameras, though, Silla paused at an exhibit made to look like a 1960s-era Main Street. In a mock storefront, a dozen old TVs played black-and-white clips of a skinny young evangelist begging the crowd to feel God’s love.

The words that Silla credits with his salvation rang out: “For God so loved the world, he gave his only begotten son, that whosoever believes in him shall not perish but have eternal life.” 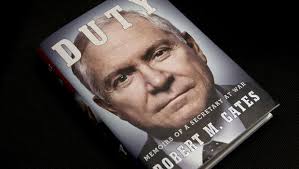 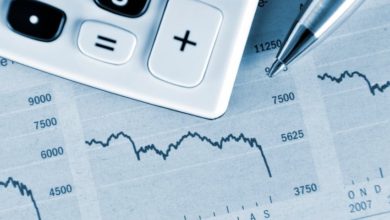