I wanted to thank everyone for all the thoughts, prayers, and well-wishes following my dad’s passing Saturday in North Carolina.  As many of our friends knew, he’d been ill for a long time.  In fact, the running joke in our family is that “Cooke’s don’t die.”  My grandmother – his mom – was 98 years old when she died, and in spite of multiple heart attacks, two open heart surgeries, a hip replacement and two strokes, he refused to give up.  Apparently his training as a Golden Gloves boxing champion, a Marine during WWII, and a career as a pastor taught him a lot about fighting.  But we did get the call that he was really
declining a few days ago, and the family all came in.  My mom was with him, although she’s far into Alzheimer’s, and how much she understood, we don’t know.

Probably the most interesting thing about his death was his grandchildren.  My sister Beth Carpenter’s children, Caroline and Bennett live nearby, so they were already with him.  Then, our youngest daughter Bailey drove in from Nashville, and dad kept hanging on.  In fact, everyone at the rest home was shocked that he was still with us.  Finally, our oldest daughter Kelsey and her husband Chris Guerra drove all night through the East Coast blizzard from New York and arrived early Saturday morning.  Within 10 minutes after Kelsey and Chris arrived and spent some time at his bedside, he finally closed his eyes and passed.  Apparently, he held on long enough to see all the grandkids.

Dad had a remarkably interesting life, and for those who might be interested, here’s the obituary that will appear in The Charlotte Observer on Monday.  The funeral will be held at 10am Tuesday at McEwen Funeral Home in Pineville, North Carolina.

Dr. Bill “Dusty” Cooke, formerly of Kannapolis, North Carolina passed away February 6th, 2010 in Cramerton, North Carolina.  A long time and beloved pastor in the Charlotte area, he was also a local athlete, college professor, safety educator, and World War II hero.  A high school football star at the old J.W. Canon High School where he was an All-Conference end, he was also a Golden Glove Boxing Champion, winning the lightweight title at the Carolinas-Virginia Golden Glove Tournament held in Raleigh in 1939, and later represented the Marines, becoming their Lightweight Champion.

He enlisted in the Marine Corps in 1940, and was immediately pulled into World War II, where he was part of the legendary First Marine Division at Guadalcanal in 1942.  He fought with such greats as Chesty Puller, John Smith, and Greg “Pappy” Boyington (Baa Baa Black Sheep), and while in the Marines, his unit was awarded the Presidential Citation and the Navy Citation.  He was wounded in action during a Japanese bombardment in October of 1942.  An avid historian, his personal library includes a remarkable collection on the history of the Marine Corps.

He was married to the love of his life, Thelma Blackwelder on July 24th 1944 and lived most of his life in Charlotte.  He was educated at Wake Forest University, Catawba College, Johnson C. Smith University, Holmes Theological Seminary, UNCC, Oxford Graduate School, and Oral Roberts University.  He obtained Master of Education and Divinity degrees, a Ph.D. in Theology, and a Doctor of Ministry degree.  He was pastor of several churches in the Charlotte area and had a significant spiritual impact in the Carolinas throughout his pastoral and academic career.  He also was pastor of three churches in Oklahoma during the 1980’s.

Other family members who are deceased include parents Pink and Lois Cooke, brother Jim, and sister Norma.  He is survived by his wife Thelma, a son, Phil Cooke of Burbank, California, and a daughter Beth Carpenter in Crammerton, North Carolina.  His four grandchildren are Bennett and Caroline Carpenter,  and Kelsey and Bailey Cooke.   Services will be held at 10am Tuesday the McEwen Funeral Chapel in Pineville, North Carolina.  The family has requested that in lieu of flowers, donations be made to the Disabled American Veterans Association. 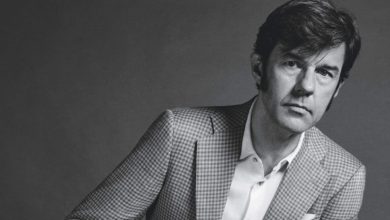 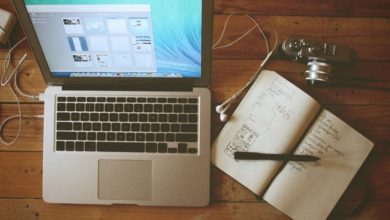