My father (on the right above) was an All-State football player in High School.  But in his younger years it took awhile for him to find the right position on the team, and as a result, he spent a lot of time on the bench.  During his freshman year, they were in the playoffs, and my dad – as usual – was sitting on the bench.  But in a crucial play, the quarterback was hit and suddenly went down.  A hush went over the crowd, and after a few minutes my dad could  see the quarterback being helped off the field surrounded by players and coaches.

Dad knew his time had come as the head coach looked down the long, lonely bench and yelled: “Cooke – get over here!”

He shot up and ran over to the head coach, ready to play. But strangely enough, they walked around the side of the bleachers to a secluded area under the stands.  The coach told my dad: “Listen, the starting quarterback got hit really hard on that last play and he split his pants.  You’re the only one on the team that’s his size, so he needs your pants to finish the game.”  Devastated, my dad reluctantly exchanged pants with the quarterback and walked back to the bench with a towel around his waist, while the quarterback went back into the game.

On the very next play, that quarterback ran around the right end and blazed 40 yards for the winning touchdown.

My dad never tells that story without pausing a moment, and then saying with pride, “And he did it in my pants!”

When it comes to most things in life, we’re not all major players.  I wouldn’t be considered a quarterback, or even a blocker.  Maybe all some of us can do is “donate our pants”.  But whatever leadership role God calls us to, we can each be a hero in some small way.   Different people are called to different levels of leadership, but the key principles are always the same.  My dad started his football career humbly giving up his pants, but went on to be the best in the entire state at his position.  So wherever we start – we need to do it humbly, but also with real sense of purpose. 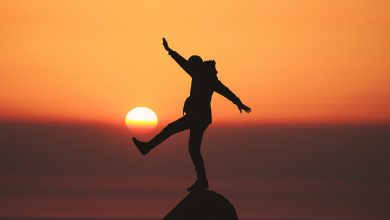 The Secure and Confident Leader