Check out this story from The Broadcast Newsroom on the ad supported model of Christian television. Interesting discussion on the future of Christian media. Let me know which direction you think it should go:

The Ad-Supported Model: Heresy or Here to Stay?
By Tim Kridel
(Multichannel News) _ Faith-based networks have historically covered their operating costs exclusively by donations and, to a lesser extent, by sales of books, CDs and DVDs. But as overhead costs grow, some programmers have begun exploring a shift to an advertising-supported business model.


In an increasingly competitive market, the value of exclusive programming is a key way to stand out from the pack, but creating or licensing it costs money a lot of it.

An ad-supported model raises several issues for these programmers, though. One consideration is that the ability to run commercials depends partly on how the network is owned and incorporated. For example, TBN’s parent company is Trinity Christian Church of Santa Ana.

“As a general proposition, these are all tax-exempt public charities and churches,” said Colby May, an attorney who works with religious networks. “If they [sold ads], they’d have an unrelated business income-tax issue. If they did too much of it, they’d have an issue with the IRS [Internal Revenue Service], whether they could maintain their exemption. So you’ll find that universally they’re not going to go in that direction.”

There are other reasons why most religious networks say they’re staunchly against any form of advertising or sponsorships. One is that programmers believe that by forgoing ads, they can focus on their ministry. “It leaves us free to pursue our mission,” said Michael Warsaw, president of EWTN.

Another issue is whether dabbling in advertising would immediately undermine their primary revenue source: donations.

“It would kill their bottom line,” said Bill Keller, president of Bill Keller Ministries and host of Live Prayer , a nightly talk show aired on several ABC and i (formerly Pax TV) affiliates in Florida that gets additional exposure through cable retransmission. “Once they start selling ads, they can’t beg for money. They can make more money basically begging than they can by selling advertising. That’s why they won’t do it.”

Other religious programmers say that they won’t consider ads because doing so would be at odds with their mission.

“We’d feel as if we were doing a disservice to our viewers by running commercials,” said Lewis Gibbs, vice president of The Word Network. “That’s something we just wouldn’t do.”

Another network that won’t consider commercials is TBN.

“I’ve run the numbers. I could throw that switch tomorrow and probably double our income,” said Paul Crouch, Jr., TBN’s vice president of administration. “But that’s not what TBN is about. We could have become the Christian Home Shopping Network a long time ago.”

Still, not all religious networks are willing to rule out advertising. In fact, some plan to pursue it. One example is The Inspiration Networks, which believes that between its networks and online offerings, it’s getting to the point where it will have enough of an audience to start attracting advertisers.
NUMBERS ARE THERE

“On Saturday night, our ratings are as good as a third to a fourth of the cable networks out there and much better than some of the more highly promoted networks,” said Inspiration senior vice president of corporate communications and research John Roos. “Why would an advertiser not want to be part of that?”

One reason is that some companies are reluctant to advertise on faith-based networks because they’re concerned that the programming might occasionally be at odds with their products or marketing messages. “It’s a challenge to find advertisers and agencies that are willing to embrace it,” Roos conceded. “The market’s there. The viewership is there. But there’s a reluctance on some people’s part to be associated.”

Another network that’s considering commercials is the startup Jewish network Shalom TV, which sees potential advertisers such as El Al Airlines and travel companies that specialize in tours of Israel.

“At some point, I believe that all of them will want to take advantage of reaching the Shalom TV audience,” said Rabbi Mark Golub, president and CEO of Shalom TV. “When that happens, we’ll have to determine how to place those ads. Then we’ll wait to see what the response is.

“My guess is that if the commercials relate to our audience, they won’t resent them. It’s a matter of when, not if.”

Religious programmers’ first forays into paid advertising will most likely be PBS-style, brought-to-you-by barkers at the start or end of a program. Some networks believe that it’s less disruptive than if an ad suddenly appeared 10 minutes into, say, a roundtable about the Koran. In the case of video-on-demand religious programming, viewers are less likely to fast-forward through commercials that do not interrupt the program.

“We believe that in most instances, it will be placed at the beginning of programming,” Golub said. “We believe that people will be less [inclined] to rush through than they would at the end of a program. There will be times when we insert commercials into programs, as with a linear channel.”

Depending on the program and target audience, sprinkling ads throughout a show remains an option. A program of music videos by Christian artists, for instance, could include spots from record labels. Those programs typically are aimed at younger demographics, which are less likely to be turned off by commercials.

How intrusive commercials on faith-based networks might be for viewers remains open for debate among networks.

“Running commercials on TBN would be like the pastor selling ad space on the wall behind him, or having ‘Home Depot’ on the front of his pulpit,” TBN’s Crouch said.
VIEWERS USED TO ADS

But others, such as INSP’s Roos, believe that secular networks have conditioned viewers to accept ads just about anywhere.

“Is it jarring to interrupt an intense [secular] drama with a frivolous ad?” said Roos. “It’s not obtrusive to them as part of their lifestyle to think about commercials and paying money. The challenge is how you blend it in. We have absolutely no problem with it all. The problem is finding advertisers that are willing to cross that line.”

“There is no inherent conflict between advertiser support and good faith-based programming,” said Ed Murray, president of Faith & Values. “It depends on the advertisement itself, which should be appropriate. There is nothing inherently wrong to have advertising in programs dealing with religion, except for worship services.” 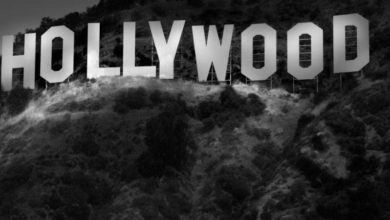 Is the Rush to Make “Faith Based” Movies Creating a Market for Schlock?