I haven’t achieved all my goals in my career, and I’m certainly not as successful as I’d like to be in this world. However, I’ve discovered a secret that most creative people don’t know about, and it’s a big reason I’m asked to speak at major conferences, global events, and why our media company, Cooke Media Group has stayed relevant all these years. The secret?

Get involved in things outside your normal job.

Let me explain: Early on in my career, I realized that I needed to connect with people outside my immediate job. Even though I was working in media, I realized that contacts from my job weren’t enough to take me where I needed to go. As a result, I started to expand my network, and here’s a handful of examples of how you can do the same thing:

1. Get involved behind the scenes at conferences. I started offering my time to help set up chairs, register people, and assist behind the scenes at media conferences. All those unpaid efforts put me in touch with major speakers and conference organizers, and eventually when one of those speakers had a flight cancel and couldn’t show up, they asked me to take his place. All because I was there. While many of my peers looked down on me for volunteering all that time, it positioned me to launch my speaking career.

2. Get involved in activities at your kid’s school. OK, I live in Los Angeles, so the odds of meeting people there are greater than a city like Omaha, but you’d be amazed at the parents that get involved in their kids activities in every city and town in the world. Through my involvement in our two daughter’s high school choir program I became friends with the owner of a national advertising agency, a producer who worked with major corporate clients, a sound editor for feature films, and plenty of others. Most of them are my closest friends today, and even with those I haven’t worked with, they’ve been an invaluable source of advice and counsel.

3. Get involved in church. You’ll be surprised who you meet behind the scenes at a church. Business leaders and owners, attorneys, medical professionals, educators go to church, and you’d be amazed at the contacts there.

4. Get involved in kid’s sports. Coach, support, cheer them on – whatever you can do is another source of meeting people, and those people could be potential investors, advisors, or connections to other people with influence, funding, or relationships.

Keep in mind it’s not about using people, it’s about developing relationships that help you both. In fact, early in my career, I tried hard to position myself at meetings and events to meet the right people but it never worked.  But once I just showed up and became their friend, things started happening.

The bottom line? Become a community leader. A successful creative career isn’t just about what happens at the office, studio, or with clients. Get plugged into your community, and you’ll be amazed at the number of relationships that could help you advance your career.

I’d love to know – have you met people outside your normal job that have given you great advice, or helped advance your career?

Photo by jesse orrico on Unsplash

A Better Perspective on Failure

Do You Have The Courage To Speak Up About Your Ideas?

How to Be Welcomed into Higher Level Meetings 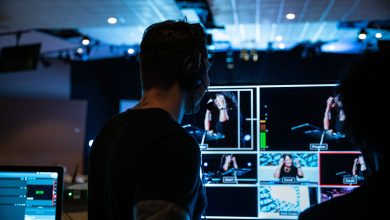