A few years ago, I had a friend who was always “working.” He constantly talked about how busy he was, and how much work he had to do. He never had time to see movies, go out to dinner, or do much else because he told everyone he was always “working.” So one day, I started watching him. I managed to get myself into a position to actually see what he was doing on the computer. I didn’t invade his privacy. I couldn’t see his actual messages or what he wrote, but I could get an idea of his daily routine. Here’s what I learned:

He wasn’t actually working, he was “checking.”

What I saw was this:
– He’d look over his incoming email.
– Then he’d update his Facebook page.
– Then he’d check Twitter and Instagram.
– Then he’d go back to email – but mostly just to check it. He’d answer a few, and file others.
– Then he’d work on his To-Do list. He wouldn’t actually do anything on it, he’d just get it in order.
– Then it was back to checking his email.

This went on in roughly the same order for the entire day. I never actually saw him accomplish very much – he just checked things.  In the digital age we live in, we have these very incorrect ideas:

– “Checking” email is actually “processing” email.
– Updating social media is critical for our job.
– Having an efficient To-Do list is just as important as “doing” anything.
– Productivity is more important than accomplishment.

We’re all guilty at some level, so here’s what I recommend:

1. Don’t be a slave to the cult of “productivity.”
2. Having an efficient To-Do list isn’t as important as actually “doing” things.
3. Don’t check email – process it. (Or a better term might be to “triage” it.)
4. Social media is important, but not at the expense of accomplishment. The best way to increase your followers is to be someone they want to follow. That happens by creating a reputation for accomplishment.

Don’t just CHECK things. DO things. At the end of the day, create, build, produce, ship.

Because ultimately – nobody cares how awesome your To-Do list is – all they care about is the result. 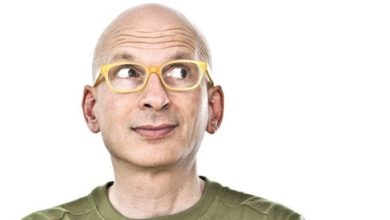