I recently had lunch with my friend Rodney Johnson, who’s a top real estate agent in Los Angeles, specializing in multi-million dollar homes. As the broker/co-owner of a large real estate firm in the uber-competitive LA residential market, he’s learned over 28+ years how to find clients using virtually every legitimate means possible. That includes door knocking, cold calling, door hangers, and direct mail. For the last four years, he’s gained listings in multi-million dollar communities through unique direct mail pieces.  Plus, his church – Freedom Church — was doing the same thing to grow their congregation. So I asked him to give us his secrets for making an impact with local direct mail. Here’s what he said:

1. Make it compelling.  Luke 14:23 says: Then the master said to the servant, “Go out into the highways and hedges, and compel them to come in, that my house may be filled.” Since I’m assuming you want to serve more people and have your house filled on Sundays, your piece should be compelling. What can you do to keep them from throwing it into the circular file, (i.e. the trash can), in the first 2 to 3 seconds? A headline, a photo, or a graphic needs to stand out and compel them to look more closely at what your church has to offer.

2. Make it relevant.  Since our church plant was initially meeting in a pub, we came up with the brilliant headline: “Church in a Pub—Give Us a Shot” …and it worked! Our pastor was young—aged 27 at the time—and wanted to appeal to his generation. At our first home group meeting, we asked the people how they originally came to Freedom church. I would estimate that a quarter to one third of the 21 people present said it was the postcard with the “Church in a Pub—Give Us a Shot” headline that drew them there. Also our website URL was: www.NotYourMomsChurch.com and was featured prominently on the card—another relevant idea.

3. Make it congruent.  (In other words, branding matters.) Last week I spoke to a group of Toastmasters on the topic “Dress to Speak.” I told this group of aspiring speakers what they wear needs to be congruent with their message. Once you have established who your target market is and where they live, make sure your piece looks and feels congruent with the actual message of your church. In other words, if you are preaching on the power of the cross, you don’t want your piece to look cheap like you bought your paper at the 99 cent store. Make it congruent.  Unify all your messaging.

4. Make it intentional.  Jesus was very intentional with his interactions with people. For instance, Mark 10:51 says: “So Jesus answered and said to him, ‘What do you want Me to do for you?’” The blind man said to Him, “Rabboni, that I may receive my sight.” So my question for you is: What do you want your direct mail piece to accomplish? In 2007, I was very intentional about my prayer for my business. I said, “Lord I want a $2.5 million buyer.” Then I heard in my spirit, “Call people whose last names begin with the letter L.” The second person I called literally said, “Rodney, find me a house in Malibu and I’ll spend up to $2.5 million.” Within two weeks time I had him in escrow and did close over $2.5 million worth of business with him in a purchase and sale. Freedom Church wanted to reach the unchurched in our community so they intentionally sent those postcards to apartment complexes where Millennials would be living, which brings me to my last point…

5. Target Your Market and Be Consistent.  When I set out to gain market share in the gated communities in Chatsworth, California, I researched the addresses where those people lived and began consistently sending them direct mail pieces. It didn’t work the first month, the second month or even the third month; however, when a $1.75 million house expired, I called the owner who told me, “I’ve had seven calls today and you’re the only agent I’ve talked to because you’re the only one marketing to this community.” I’ve now leased his house for him for two years at $7,500 per month. Likewise, you may not see standing room only the Sunday after your first mailer appears. However, be consistent and keep targeting your market. Your relevant, congruent piece may show up at just the moment that person needs to hear what you have to say.

Since making a commitment last August to be consistent in my direct mail marketing, I have closed more in the first six months of 2015 than I usually close in one year’s time. In conclusion: Make it compelling; make it relevant; make it congruent; make it intentional; and target your market.

Then, once they come in the door or watch your webcast, it’s up to you and the Holy Spirit.

———–   I’d be curious if any readers have tried Rodney’s ideas – or have others to add to the list!   Please share! 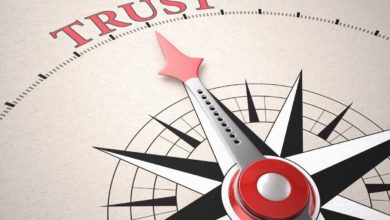 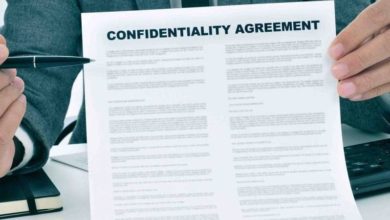