The thing I love about reading is that you never know where you’ll find creative advice. I was reading recently about the Christian writer and theologian Tatian who was a Syrian who lived in the second century. He was born in Assyria (Mesopotamia), and as an adult he journeyed to Rome, where he first discovered Christianity. He was shocked at the pagan cults he witnessed throughout the city and as a result, began reflecting on religious issues. During his investigation, he read the Old Testament, and the more he read, the more he realized just how unreasonable paganism was. As a result, he decided to become a Christian.

In reading Tatian’s “Address to the Greeks” written about AD 170, the story of his conversion was so compelling, that I immediately thought it a model for how we can engage the secular culture of today – 2,000 years after Tatian. Here’s his story:

“I withdrew myself and sought best how to discover the truth. While I was earnestly employed in this matter, I happened to light upon certain ‘barbaric’ (i.e. non-Greek) writings, too old to be compared with the opinions of the Greeks and too divine to be compared with their error. I found myself convinced by these writings, because of the unpretentious cast of the language, the unstudied character of the writers, the ready comprehension of the making of the universe, the foreknowledge of things to come, the excellence of the precepts and the placing of all things under the rule of one principle. My soul being thus taught by God, I understood that the pagan writings led to condemnation, whereas these put an end to the slavery that is in the world, rescuing us from many rulers, yes, from ten thousand tyrants. These writings do not indeed give us something which we had not received before but rather something which we had indeed received but were prevented by error from making our own.”

Let’s review his revelation reading the Old Testament scriptures and consider how we could use the same ideas to engage today’s culture. He became convinced of the reality of the Christian faith because of:

1) The unpretentious language – He was a learned man, but wasn’t moved by an overly academic approach. He was moved by the sincere and unpretentious attitude of the scripture.
2) Unstudied character of the writers – God didn’t choose the most brilliant to write the Old Testament, he chose the most willing.
3) The ready comprehension of the universe – The gospel is a unified vision of how and why we exist.
4) The foreknowledge of things to come – the Bible didn’t leave us hanging. It points to a greater future.
5) The excellence of the precepts – He couldn’t argue with the logic and excellence of the Bible’s principles.
6) It placed everything under one principle – There’s that unified vision once again. Remember, the Old Testament he was reading was pointing to Jesus.

And perhaps most important:
7) Pagan writings led to condemnation, but Christian writings put an end to the slavery that is in the world. – There’s little else that needs to be said about that.

Think about each of these principles as you prepare sermons, write books, produce films, and create other projects that engage today’s culture with the gospel. Are you pointing them to the same signposts that Tatian saw back in 170 AD?

After 2,000 years, I’m not sure there’s a better model for presenting the truth of the Christian message to non-believers. 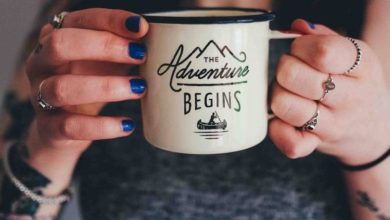 Are You Actually Working Or Just Checking?

Be Careful When Employees Recommend People for Jobs at Your Organization